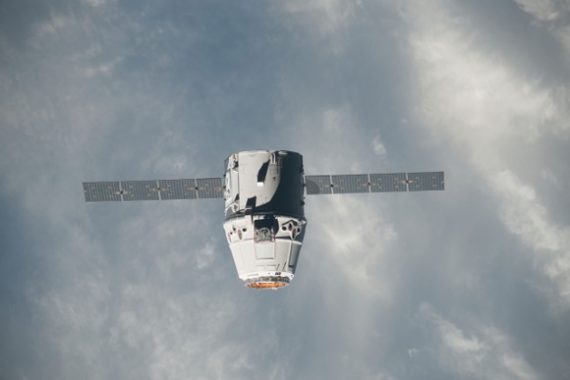 Just about two months after the successful mission of the SpaceX Dragon unmanned cargo ship to the International Space Station, SpaceX has won a NASA contract to build a successor to the Space Shuttle:

Space Exploration Technologies (SpaceX) today won a $440 million contract with NASA to develop the successor to the Space Shuttle and transport American astronauts into space.

“This is a decisive milestone in human spaceflight and sets an exciting course for the next phase of American space exploration,” said SpaceX CEO and Chief Designer Elon Musk. “SpaceX, along with our partners at NASA, will continue to push the boundaries of space technology to develop the safest, most advanced crew vehicle ever flown.”

SpaceX expects to undertake its first manned flight by 2015 – a timetable that capitalizes on the proven success of the company’s Falcon 9 rocket and Dragon spacecraft combination. While Dragon is initially being used to transport cargo to the International Space Station, both Dragon and Falcon 9 were designed from the beginning to carry crew.

Essentially, SpaceX will be redesigning Dragon and making it better than the Shuttle ever was:

Under the Commercial Crew Integrated Capability (CCiCap) initiative’s base period, SpaceX will make the final modifications necessary to prepare Dragon to safely transport astronauts into space. These include:

-The most technically advanced launch escape system ever developed, with powered abort possibilities from launch pad to orbit. SpaceX will demonstrate that Dragon will be able to escape a launch-pad emergency by firing integrated SuperDraco engines to carry the spacecraft safely to the ocean. SpaceX will also conduct an in-flight abort test that allows Dragon to escape at the moment of maximum aerodynamic drag, again by firing the SuperDraco thrusters to carry the spacecraft a safe distance from the rocket.

-Refinements and rigorous testing of essential aspects of Dragon’s design, including life-support systems and an advanced cockpit design complete with modern human interfaces.

This should be a sufficient smackdown to the people who, in the wake of the final flight of Atlantis were claiming that America was abandoning space. Between this and Curiosity, I’d say we’re pretty busy out there.