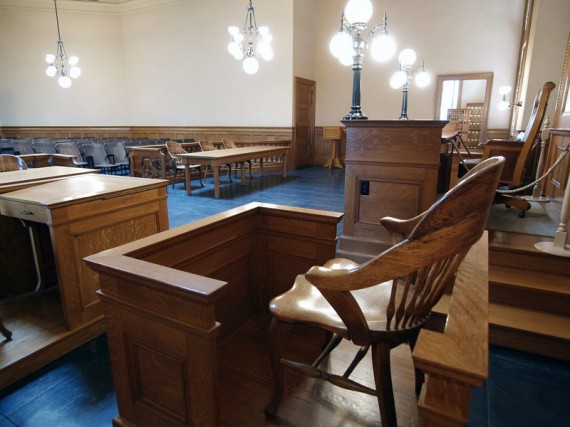 In a case that would probably seem like a no-brainer to someone observing matters from outside the legal world, the Supreme Court ruled yesterday that government employees are protected from retaliation on the job for testifying truthfully in a legal proceeding:

WASHINGTON — The First Amendment protects government employees from retaliation for giving truthful testimony that was not part of their job responsibilities, a unanimous Supreme Court ruled Thursday.

The case involved Edward R. Lane, a former director of a youth program at a public community college in Alabama, who was fired after giving trial testimony in a public corruption trial.

“It would be antithetical to our jurisprudence,” Justice Sonia Sotomayor wrote for the court, “to conclude that the very kind of speech necessary to prosecute corruption by public officials — speech by public employees regarding information learned through their employment — may never form the basis for a First Amendment retaliation claim.”

“Such a rule,” she added, “would place public employees who witness corruption in an impossible position, torn between the obligation to testify truthfully and the desire to avoid retaliation and keep their jobs.”

Mr. Lane had discovered that a state legislator, Suzanne Schmitz, was on his program’s payroll, collecting $177,000, though she performed virtually no work. Mr. Lane fired her, and she vowed to get him back.

A federal grand jury indicted Ms. Schmitz on corruption charges. Mr. Lane, under subpoena, testified about what he had learned. Ms. Schmitz was convicted, sentenced to 30 months in prison and ordered to pay back the money.

Mr. Lane was nonetheless fired in 2009, and he sued the president of the college, Steve Franks, saying that his termination was retaliation for his testimony and a violation of his First Amendment rights. Mr. Franks said he let Mr. Lane go for financial reasons unrelated to his testimony.

The federal appeals court in Atlanta said it was unnecessary to decide who was right because public employees have no First Amendment protections for statements they make as part of their official duties.

Since “the record fails to establish that Lane testified as a citizen on a matter of public concern,” the appeals court said in an unsigned opinion, “he cannot state a claim for retaliation under the First Amendment.”

Justice Sotomayor said the appeals court was wrong on both points: Mr. Lane had testified as a citizen and his testimony was on a matter of public concern.

“Sworn testimony in judicial proceedings,” she wrote, “is a quintessential example of speech as a citizen for a simple reason: Anyone who testifies in court bears an obligation, to the court and society at large, to tell the truth.”

“That is so,” she added, “even when the testimony relates to his public employment or concerns information learned during that employment.”

Ruthann Robson, a professor at City University of New York’s Law School, analyzes the opinion for SCOTUSBlog, and notes that the Court’s ruling is not without its potential limits:

There is no mistaking the Court’s holding: “[T]he First Amendment protects a public employee who provided truthful sworn testimony, compelled by subpoena, outside the course of his ordinary job responsibilities.” The Court’s discussion of precedent is likewise clear. The Court articulates the “framework” of Pickering v. Board of Education, which in the first line of the opinion it notes is almost fifty years old, and then quotes the “two-step inquiry” of the Court’s most recent public employee speech case, Garcetti v. Ceballos.

The Court’s analysis is similarly straightforward. It first inquires whether Lane’s testimony at the criminal trials “is speech as a citizen on a matter of public concern.” Lane’s testimony is “speech as a citizen,” it reasons, because it is testimony and because it is similar to the letter to the editor by the teacher in Pickering and distinguishable from the internal memorandum by the prosecutor in Garcetti. And it is also speech on a matter of public concern: the content involved corruption in a public program and misuse of public funds, and the context was sworn testimony in a public trial. It then proceeds to the second inquiry, the consideration of whether the government as employer had an “adequate justification,” sometimes known as the Pickering balancing test. The Court finds that in this case, “the employer’s side of the Pickering scale is entirely empty.” In the space of a few pages, the Court easily concludes that Lane’s testimony is protected by the First Amendment as “speech as a citizen on a matter of public concern.”

But for all the Court’s clarity that the Eleventh Circuit was clearly mistaken, it finds that Lane’s First Amendment right was not sufficiently “clearly established” to vitiate Franks’s claim of qualified immunity. Franks could “reasonably have believed, at the time he fired Lane” that a government employer could terminate an employee for subpoenaed testimony. The Court concludes that an Eleventh Circuit case, decided several years before Garcetti, “did not preclude Franks from reasonably holding” a belief that he could terminate Lane. And further, the Court states that “no decision of this Court was sufficiently clear to cast doubt” on that Eleventh Circuit case. Other cases from the Eleventh Circuit or cases from other circuits were similarly insufficient to negate Franks’s reasonable belief. The Court quotes its decision in Ashcroft v. al-Kidd, noting that the doctrine of qualified immunity “gives government officials breathing room to make reasonable but mistaken judgments about open legal questions,” and that to defeat qualified immunity the legal issue needed to be “beyond debate” when Franks terminated Lane.

The Court’s opinion corrects an errant circuit court opinion and perhaps even clarifies the protection of the First Amendment rights of public employees in a narrow category of situations involving subpoenaed testimony. It does leave open other situations, stressed in the brief concurring opinion and included in a footnote in the Court’s opinion, which would involve government employees who testify as part of their regular duties, such as police officers and lab analysts. But the opinion also demonstrates the increasingly impenetrable qualified immunity standard insulating government actors.

James Joyner wrote about this case when it was argued back in April, and my reaction at the time was that it fit the very definition of Kafkaesque. It’s axiomatic that a public employee who does something wrong like lying under oath, even in a proceeding that didn’t directly implicate his or her job duties, could be rightfully subjected to some kind of discipline and perhaps even terminated depending on the circumstances. The idea, however, that someone who testifies under oath truthfully about things related to their job that also happen to be matters of public concern could be fired for doing so is utterly bizarre. If anything, such things ought to be encouraged, and government employees who do such things should be protected. Allowing the opposite to occur would have the effect of encouraging public employees to avoid testifying in court or, if they are subpoeaned, to commit perjury or withhold evidence out of fear of losing their jobs.

Leaving aside the policy arguments, though, it seems fairly clear that the Court was correct to view this as a First Amendment issue precisely because these are government employers. Punishing someone for testifying in Court doesn’t seem effectively different from punishing them for political opinions that they may express outside the workplace, so if its acceptable to do one than it would be acceptable to do the others. In reality, though, they are essentially two sides of the same coin since both testimony and off-hours public advocacy involve speech that is protected by the First Amendment. Obviously, the right isn’t an absolute one. There are military regulations that prevent soldiers from making political statements while in uniform, for example, and a government employee that uses their position to advance an unrelated political agenda is a potential source of problem for their government employer. As  a general rule, though, it seems rather clear that government employees have the same First Amendment rights everyone else does, and that part of that includes the right not to be retaliated against by their government employee for exercising that right.

On a final note, it’s worth noticing that the Court’s opinion in this case was unanimous, as well all of the opinions issued yesterday and most of the group of three that were issued on Monday. Granted, the issues at stake in most of these cases, ranging from international bonds and patents to bankruptcy, aren’t exactly among the most controversial before Court this term. Nonetheless, it’s noteworthy that at least one branch of the Federal Government seems able to remember what it take to reach a consensus.