Talks Between North And South Korea Appear To Collapse 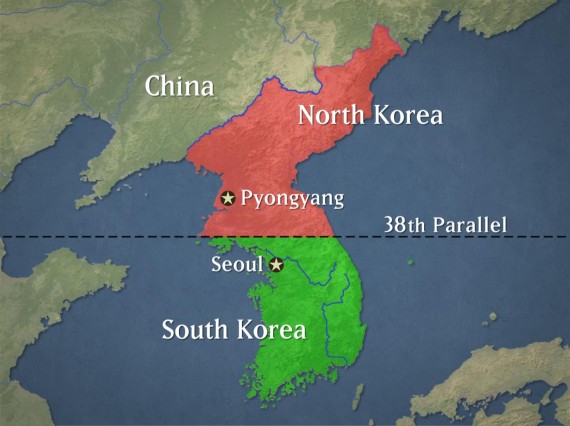 Last week, it seemed like North and South Korea were inching toward resuming the direct contacts that had been cut off during the spring’s increase in tension on the peninsula. Now, it appears as though those efforts have collapsed:

SEOUL, South Korea — An agreement between North and South Korea to hold high-level government talks this week collapsed in a last-minute dispute over who should lead their delegations, South Korean officials said Tuesday.

South Korea said that the talks, planned for Wednesday, were canceled but that it was still open to dialogue with the North. The meeting in Seoul would have been the first senior inter-Korean dialogue in six years.

The agreement had been seen as a clear sign that the two Koreas were easing tensions and moving toward a thaw after years of recriminations, which hit a peak this year when the North’s third nuclear test prompted broad international sanctions. The North responded with threats that it would launch nuclear strikes against South Korea and the United States, its ally.

But right up until the eve of the talks, North and South Korea were arguing over who should be their chief delegates to the meeting.

South Korea proposed sending the country’s unification minister, Ryoo Kihl-jae, as the top delegate and asked North Korea to send Kim Yang-gon, a Workers Party secretary in charge of relations with the South, as Mr. Ryoo’s counterpart. But the North balked, insisting that Mr. Kim was above a minister’s level in the North Korean hierarchy — a claim the South did not accept.

On Tuesday, North Korea told the South that it would not send a delegation to Seoul, said Kim Hyung-suk, a South Korean government spokesman.

North Korea eventually appointed a party official lower in rank than Mr. Kim as its chief delegate, saying that he matched Mr. Ryoo in rank. Meanwhile, South Korea, believing that Mr. Ryoo outranked the new North Korean representative, told the North that it would send Mr. Ryoo’s deputy, a vice unification minister, as the chief delegate.

North Korea then accused the South of a “grave provocation” and told the South that it would not send a delegation to Seoul, said Kim Hyung-suk, a South Korean government spokesman.

The dispute between the two sides over what appeared to be a point of pride reflects a deeper standoff.

North Korea, which called the South a “puppet” of the Americans, had sent an officer who was lower in rank Kim Yang-gon to previous cabinet-minister-level talks with South Korea until they were suspended in 2007. The government of Park Geun-hye, the South Korean president, has insisted on “trust building” with the North, and said it was adamant that it would not tolerate what officials considered to be a diplomatic slight

Whether represents a real break or just jostling for position is unclear. Diplomatic negotiations often begin with a period where the parties are arguing over pointless things like this but what it really represents is an effort by both sides to establish their strength for the negotiations themselves. If that’s what we’re seeing here, then we’ll likely see the North and South talking again in the relatively near future.