The Rent Was Too Damn High At The CPAC Bloggers Lounge

Jimmy McMillan, who made a name for himself during the New York Governor’s race last year, has been making the rounds at CPAC today for some reason, and he wandered into the Blogger’s Lounge about ten minutes ago. I wasn’t able to get video, but here’s a picture, you may not be able to tell but for some reason McMillan has been walking around today with a shoe on his left hand: 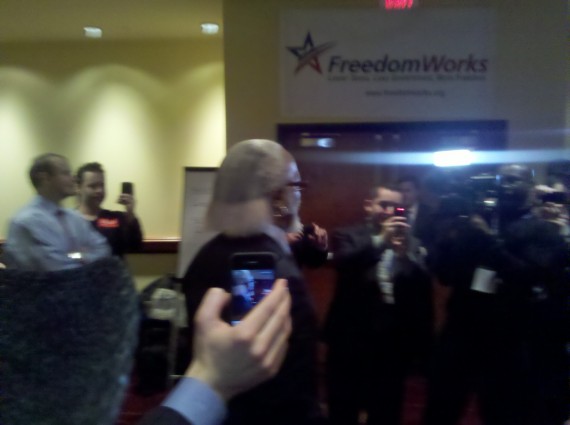 and via Marathon Pundit, a longer version that captures most of McMillan’s, umm, speech: