Why? Because The Rent Is Too Damn High!

I gather from this New York Times article that last night’s six-candidate New York Gubernatorial debate was a pretty grim affair, but one cannot deny that it was Jimmy McMillan who stole the show: 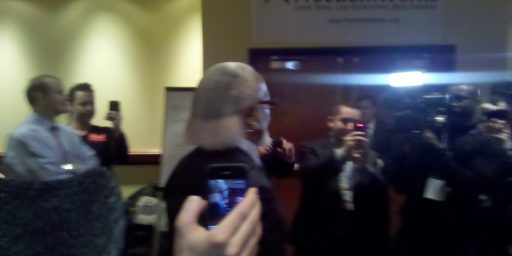 The Rent Was Too Damn High At The CPAC Bloggers Lounge