The Star Of Bethlehem And Science Fiction 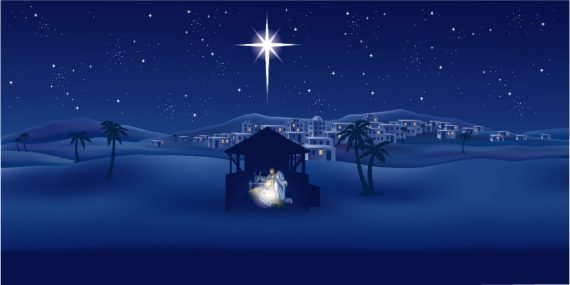 One of the iconic images of the religious side of the traditions surrounding Christmas is, of course, the Star Of Bethlehem which, according to what is really a quite limited mention in the Biblical accounts, guided “wise men from the East” to the location of the birth of Jesus Christ. It has become a central point of most popular depictions of The Nativity, as well as the subject of much scientific debate regarding whether there is actually any evidence of some kind of stellar phenomenon occurring at some point roughtly 2000 years ago that could qualify as an observable event. The evidence on that question is mixed at best, with scientists claiming to find evidence of some stellar event that could qualify, all of which occur in some year other than what would be call 0 B.C.

On the artistic side, though, the idea of the Star of Bethlehem has inspired artists in both the visual and musical worlds. One of the most fascinating is a short story written by the great Arthur C. Clarke about a Jesuit Priest traveling as a crew member on space mission in the far distant future that comes upon the remnants of an ancient civilization that was destroyed when the star that its home orbited went Supernova. Here’s that story: