Surely it's time to put a woman on American currency again, but why go after Alexander Hamilton? 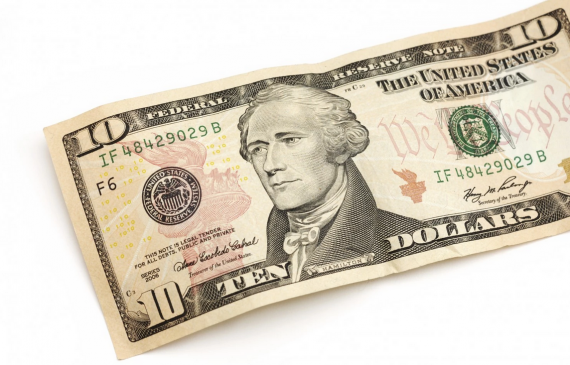 Late yesterday, the Treasury Department proposed placing a woman on American currency, but for reasons that remain somewhat inexplicable, they’ve chosen the $10 bill, which currently carries the portrait of one of the nation’s Founding Fathers:

WASHINGTON — Growing numbers of Americans are going cashless, but demands to finally put a woman on paper currency persist. And now the Treasury has announced that a portrait of a woman, to be determined soon, will grace the $10 bill.

The note will continue to have some image, also to be determined, of the current $10 honoree, Alexander Hamilton, a founding father (there were, of course, no mothers) and Treasury secretary to President George Washington (he of the $1 bill). Treasury Secretary Jacob J. Lew, who by law makes the selection of an honoree, will disclose his choice by the end of the year. The new note will appear in 2020 — the 100th anniversary of the 19th Amendment, which gave women the right to vote.

The only criterion under law is that the chosen person must be dead, but the Treasury said Mr. Lew was looking for a woman “who was a champion for our inclusive democracy.” That would include the abolitionist Harriet Tubman, who was the top choice on social media of a campaign to put a woman on the $20 bill.

Putting a woman on paper notes is certain to be an honor more long-lived than that accorded two history-making women whose images were put on coins.Susan B. Anthony, the social reformer, appeared on silver dollars minted from 1979 to 1981, and again in 1999, and Sacagawea, the Shoshone guide to the Lewis and Clark expedition, was featured on gold-colored dollar coins from 2000. Both coins, which were often confused with quarters, proved unpopular, and production of them was stopped.

Faces on bills have not changed since 1929, when Andrew Jackson replaced Grover Cleveland on the $20 note. Basic currency designs date to that time; redesigns occur every decade or so to deter counterfeiting.

For the latest change, the Treasury has invited the public to use the hashtag #TheNew10 “to spread the word about the redesign.” Also, Mr. Lew and other officials will solicit the public’s ideas in round-table discussions and town-hall meetings.

The idea of placing a woman on American currency has been in many circles for the past several months as part of a movement to get a woman on some denomination by the 100th anniversary of the ratification of the 19th Amendment in 2020. Most of that conversation, though, has focused on the $20 bill, which currently depicts Andrew Jackson. Given Jackson’s history as a slaveholder and the President behind the forced removal of Native Americans from Georgia and elsewhere it certainly seemed like a reasonable idea, and the suggestion of replacing him with Harriet Tubman had a certain bit of historical appropriateness to it.

The selection of the $10 bill and a diminished role for Hamilton, though, seems odd.  While Hamilton was never President like Jackson, he was one of the most consequential members of the Founder’s era. An aide to George Washington, a delegate to the 1787 Constitutional Convention who played a key role in the debates that led to the drafting of the Constitution, co-author of The Federalist Papers, the nation’s first Secretary of the Treasury and architect of much of what became the nation’s banking and fiscal systems, founder of the Federalist Party, the founder of the New York Post, and one side of a political debate that has continued in one form or another since the beginning of the Republic. Yes, Hamilton had some personal peccadilloes in his life, some of which led in part to the duel with Aaron Burr that ended his life, but there is no denying his place in history and, unlike other members of the Founder generation that are memorialized all over the place in this country, Hamilton was not a slaveholder and, while his positions on slavery and race relations were as complex as anyone else from that era, he seems to have been among the more liberal side of that particular argument. What good reason is there for removing Hamilton from the currency while keeping someone like Jackson? None that I can see, especially since nobody can really explain how Jackson ended up on the $20 bill to begin with.

Looking at it from the other perspective, one could note that it would be odd for the $10 bill to have two portraits on it, which seems to be what the plan announced last night is suggesting. As I said, there’s no reason not to have a woman on currency. It’s been quite a long time since that has been the case, and the efforts to use a $1 coin to introduce a female face into circulation have been spectacular flops for reasons that have nothing to do with the person depicted on the coin itself. Why not give this woman, whomever she ends up being (although I personally say Tubman is the best choice), her own place of prominence? And, again, the $20 bill is the best place to do that while at the same time ceasing the silly practice of honoring someone who doesn’t really deserve to be honored. Once again, it seems as though the government has messed up what should have been an easy call.