The Unemployment Hole Is Deeper Than You Think

Tyler Durden posts this chart showing that, even if the economy added 250,000 jobs per month, it would take 66 months, or until nearly the end of a second term for President Obama, before we returned to the job levels of December 2007: 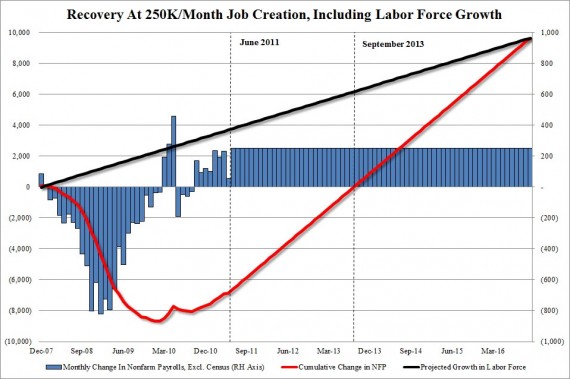 Now, tell me, how are we going to do that? Because I don’t see how it happens. 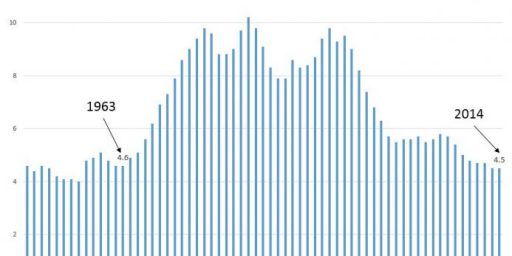