Thinking about the Opposition in Venezuela

Some thoughts and links about the ongoing turmoil in Venezuela. 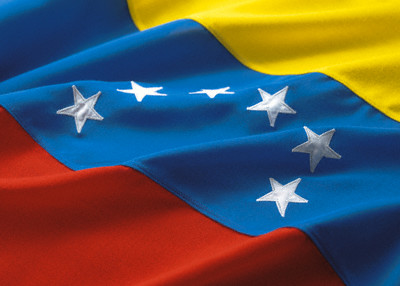 While I have been trying to post stories about the ongoing turmoil in Venezuela, I have not had much time for longer posts.  Here, however, are some thoughts (and links to several pieces) that may help flesh out the nature of those protesting the Maduro government and why there seems to be no clear end to the difficulties,

One of the issues that has to be understood is that the student protests do not appear to have connections, neither practical nor philosophical, with the majority population (which supports the regime—or, at least, does not actively oppose it).  Specifically:  the student movement appears to be fundamentally middle/upper class and anti-chavista.  And while they are animated by real issues (e,.g., inflation and scarcity) the movement itself does not appear to be focused on those issues.

The statement underlines the middle class character of the student protest movement. There are no mentions of issues such as equality or poverty reduction that could grow the movement beyond its traditional base. Indeed there is no mention of the larger issues said to be animating these protest: inflation, scarcities and crime.

To put this is basic terms:  the rhetoric here is not aimed primarily at the immediate, concrete problems facing Venezuela, they are focusing on long-standing anti-Chávez sentiments in the middle class.  These are not rallying points that would lead to a broad-based coalition that could influence (let alone oust) Maduro.

As Greg Weeks notes (and a h/t to him for the Smilde link):

Political reality should dictate that no matter what your ideological inclination, you need to incorporate the preferences of the majority into your messages. Otherwise you are doomed to failure. It is bizarre that after so many years the opposition seems to remain blind about that.

In fact, one of the more remarkable things about the Chávez era has been the inability of a coherent opposition to emerge.  This remains the case even in the context of the current dramatic events.

A partial explanation for this can be found in divergent political attitudes in the country, as discussed by Leo Ramirez at FiveThirtyEight (h/t also to Greg Weeks), comparing the pro- and anti-regimes groups:

They disagree over a political vision for their country in part because they measure Chavismo against two different benchmarks: Chavistas compare the present to Venezuela’s pre-Chávez past, while the opposition contrasts the current economic situation with more recent developments in the rest of Latin America.

Many government supporters measure life under Bolivarian socialism — as Chávez called his political program — against life under Chávez’s immediate predecessors. Mismanagement of Venezuela’s 1970s oil boom and of the ensuing collapse made the 1980s and 1990s one long economic nightmare. Severe deprivations led to riots, multiple coup attempts and, eventually, to the election of Chávez, then a political outsider. Relative to the foregoing disaster, Venezuelans did fare well under Bolivarian socialism: Incomes grew and poverty declined, as Figures 1 and 2 illustrate.

Those who rally around Maduro fear the return of the pre-Chávez regime. Fifteen years after that regime fell, “No volverán” (“They won’t return”) remains a powerful pro-government slogan.

I will not reproduce the figures here, to encourage you all to read the whole thing, but what figure 1 shows is a dramatic dip in GDP per capita in Venezuela from the late 1970s to the mid-80s and then a great deal of volatility followed by a sharp uptick after Chávez came to power.  More significantly, figure 2 shows a dramatic decline in the percentage of Venezuelans living in poverty in the Chávez era (a percentage that grew dramatically from the late 1970s until the mid-1990s).  Figure 2 alone would explain why a huge number of Venezuelans would not want to return to a the pre-Chávez era.

The Ramirez piece is worth reading in full and it also makes some interesting comparisons to Bolivia.

Ramirez also points to this February piece in the NYT:  Slum Dwellers in Caracas Ask, What Protests?

On the east side of this capital city, where the rich people tend to live, most children have stayed home from school for more than a week, protest bonfires burn in the streets at night, stores shut early and carnival celebrations have been canceled.

But on the west side, where many of the poor people live under tin roofs, you would hardly know that the country has been stirred by weeks of unrest. Schools operate normally, restaurants serve up arepas, and residents, enjoying the extra days off that President Nicolás Maduro has given the country, prepare to crown their carnival queens.

Both sides of this city, the better off and the poorer, are dealing with many of the same frustrations: one of the world’s worst inflation rates, hours spent in line to buy food and other basic goods in short supply, and rampant violent crime.

But while the poor are often hit especially hard by these troubles, the protests shaking the capital this month have been dominated by the city’s middle- and upper-class residents.

The split personality in this city mirrors the deep divide that cleaves this oil-rich nation into supporters and opponents of the socialist-inspired revolution begun by Hugo Chávez, who was president for 14 years until he died nearly a year ago.

This disconnect is not lost on at least one opposition leader:

“Change is not possible in Venezuela if the slums are not involved,” Henrique Capriles, the opposition politician who narrowly lost to Mr. Maduro in an election last year, said recently at a large rally that took place — once again — on the wealthy side of town.

To get back to the point from Weeks above:  if the opposition wishes to actually forward some sort of reform process, it has to find a way to integrate the concerns of the majority.  There is no doubt that crime, inflation, and scarcity are very real problems in Venezuela and the government’s policies have been creating many of them.  However, the opposition has to understand that they are not going to return to the pre-1999 political order.