When Tom Petty found out Michele Bachmann was using his "American Girl" to introduce campaign events, he issued a letter saying, in essence, "Don't do me like that." 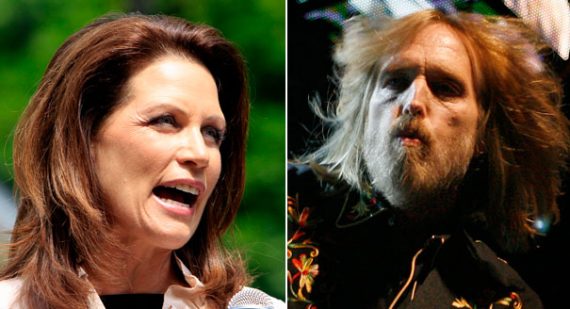 When Tom Petty found out Michele Bachmann was using his “American Girl” to introduce campaign events, he issued a letter saying, in essence, “Don’t do me like that.”

The singer was reportedly nonplussed that Michele Bachmann played his “American Girl” classic when she officially kicked off her presidential campaign in Iowa Monday.

After playing for exactly 29 seconds, it abruptly stopped.

There was just enough time for the lyrics: “Yeah, she was an American girl – raised on promises.”

While I don’t know how it feels to be an aging rock star whose music is repeatedly used by politicians with whom I disagree, I’m guessing Bachmann won’t back down. While Petty has some rights over the public performance of his music, he can’t stop someone from playing it. It’s arguable that a 29 second clip constitutes Fair Use. But, even if it doesn’t, the Bachmann campaign can license the rights under existing ASCAP arrangements.