The man most famous for his turn on "Leave it to Beaver" has passed from liver cancer aged 77.

NPR (“Leave It To Beaver star Tony Dow has died“):

Tony Dow, who played Wally Cleaver in the TV show Leave It To Beaver, has died, according to the gallery owner who represented Dow as a sculptor. He was 77 and had been diagnosed with cancer.

“We have received confirmation from Christopher, Tony’s son, that Tony passed away earlier this morning, with his loving family at his side to see him through this journey,” according to a post on Facebook Wednesday afternoon said.

“We know that the world is collectively saddened by the loss of this incredible man. He gave so much to us all and was loved by so many. One fan said it best—‘It is rare when there is a person who is so universally loved like Tony.’ “

His death was confirmed by telephone by Frank Bilotta of the Bilotta Gallery which sells Dow’s sculpture. The announcement came a day after news of Dow’s death was mistakenly posted and then that notice was removed.

I saw the news that Dow had passed Tuesday but it was retracted before I had time to post. Sadly, it was more premature than wrong.

Dow was 12 years old when he was cast as Wally Cleaver, the handsome, earnest older brother to Theodore “The Beaver” Cleaver, played by Jerry Mathers. Sibling rivalry, neighborhood mischief, school crushes. The feel-good, family comedy was a hit with audiences beginning in the late 1950s. Leave It To Beaver was also white-bread. As Common Sense Media put it, the series was “a very isolated look at a white, American suburban middle-class family.” Still, Leave It To Beaver is in reruns on Peacock.

Dow grew up in a creative family in Hollywood. His father was a general contractor and home designer. His mother was one of Hollywood’s first stunt women. The young Dow was a competitive swimmer and diver.

When Leave It To Beaver ended in 1963, Dow acted in a number of TV series including Lassie, Never Too Young and, in the 1980s, a Cleaver family reboot called The New Leave It To Beaver. Later he worked behind the camera, directing episodes of Harry and the Hendersons and Coach among others.

Dow was candid about his experience living with depression. He was a spokesperson for the National Depressive and Manic-Depressive Association, now called the Depression and Bipolar Support Alliance. The “irony,” as Dow put it, was clear to him. After speaking at an event for the organization in Chicago he said, “You know, the fact that I was in a TV program that epitomized the supposed ideal world of the ’50s, and here I’m suffering from depression. But I’m just one of millions.”

Later in life, Dow revived a lifelong passion for making art, namely sculpting. On the website of the Bilotta Gallery which represents him, Dow says, “My goal from the time I was old enough to think about things was to live a creative life.”

Washington Post (“Tony Dow, the all-American Wally on ‘Leave It to Beaver,’ dies at 77“):

Tony Dow, the actor who endeared himself to millions of TV viewers as Wally Cleaver, the all-American big brother on the wholesome sitcom “Leave It to Beaver,” died July 27 at his home in Topanga, Calif. He was 77.

The sitcom began on CBS but appeared for most of its run on the third-place ABC network and never was a big ratings success. But thanks to its gentle, wry humor and an appealing ensemble cast, it thrived in syndication far longer than more popular family sitcoms of that era, including “The Adventures of Ozzie and Harriet,” “Father Knows Best” and “The Donna Reed Show,” TV scholar Robert Thompson has noted.

With his light-brown hair, electric-blue eyes and the athletic build of a championship diver — which he was before joining the show — Mr. Dow was promoted as a teen heartthrob and received more than 1,000 fan letters a week at the sitcom’s peak. Years later, Mathers recalled Mr. Dow was much like his “cool” character: soft-spoken, suave and possessed of gymnastics skills that he showed off by walking up and down a flight of stairs on his hands.

Finding that options for a former child actor were limited, Mr. Dow was making a living on the dinner-theater circuit in the 1970s. One producer, mounting a Kansas City, Mo., production of the swinging-bachelor farce “Boeing, Boeing,” had the idea of reuniting Mr. Dow and Mathers. To their shock, they met with packed and wildly enthusiastic audiences for weeks.

The two actors toured in another romp, “So Long, Stanley!,” for more than a year before Hollywood producers hired them and other surviving members of the original “Leave It to Beaver” cast — Beaumont had died in 1982 — for a CBS-TV movie reunion, “Still the Beaver” (1983).

Wally was now a successful lawyer, Beaver was unemployed, divorced and trying to cope with his own mischievous sons, and June was still dispensing helpful household advice. The program was a ratings smash and spawned two sitcoms, notably “The New Leave It to Beaver” on Ted Turner’s superstation, WTBS, from 1986 to 1989.

Many critics likened watching the “Beaver” revivals to entering a time warp. But Mr. Dow defended the enduring appeal of the idealized Cleavers amid a rapidly changing TV culture.

“When I see a show about drugs, it can be an interesting story and I can get involved, but it doesn’t have the same kind of identification as when Beaver took his father’s electric drill and made a hole in the garage door,” Mr. Dow told the Houston Chronicle in 1988. “Those kind of stories are what make up real life, and growing up from child to adulthood. People say the show is milk and cookies, but I disagree. I think it’s the essence of growing up.”

After production of “Leave It to Beaver” ended, Mr. Dow studied painting and psychology at the University of California at Los Angeles, played dramatic and comedic guest parts on various TV series, and appeared on a daytime teenage soap opera called “Never Too Young.” But after he joined the National Guard in the mid-1960s, he said, his career stalled. Not knowing when he might be ordered to report for active duty made it almost impossible to make acting commitments.

Referring to a popular police show, he told the Philadelphia Inquirer, “I did one ‘Adam-12’ — I think because I was the only actor in town at that time with short hair.”

For years, he lived on a boat, made sculpture and lived on income earned primarily by running a construction business. Despite the perpetual airplay of “Leave It to Beaver,” Mr. Dow did not grow wealthy from the show. Because of a contract stipulation, he received residual payments for only four years after the sitcom went into syndication.

Beginning in his 20s, he said, he began a long and gradual descent into clinical depression. “I’d say inheritance had more to do with it than acting,” he told the Chicago Tribune. “It was an illness prevalent on my mother’s side of the family. But certainly ‘Leave It to Beaver’ had something to do with it. Certainly it had something to do with raising one’s expectations and establishing a certain criteria that you would expect to continue in life.”

Attempts to get back into acting only exacerbated his dark moods. He had played killers, single fathers and lawmen on other shows, but casting agents could not overcome their perception of him as clean-cut and earnest Wally. That so few people talked openly of depression complicated his private struggle, he said, and for years, he could not find ways to manage what he called a “self-absorbing feeling of worthlessness, of hopelessness.”

He was nearing 40 before he began to stabilize, thanks to what he called a major improvement in available drug treatments. In frequent speeches on mental health, Mr. Dow noted that he was “just one of millions” who have depression. “If Wally Cleaver can be depressed,” he said, “anybody can be.”

Tony Dow, who became a star at 12 as Wally Cleaver, the barely teenage older brother on the popular 1950s and ’60s comedy series “Leave It to Beaver,” died on Wednesday at his home in Topanga, Calif. He was 77.

Wally was a good student, polite to his elders and a responsible good guy “dripping with decency and honesty,” as Brian Levant, executive producer of the 1980s sequel series “The New Leave It to Beaver,” described him to The Arizona Republic in 2017. Wally played Chinese checkers with his brother in their room, sometimes went along with his friend Eddie Haskell’s misguided pranks and was young enough in the first season to ask, “Dad, if I saved up my allowance, could I buy a monkey?”

And he would never “squeal on” the Beav, unless he had to.

As the seasons passed, Wally matured, capturing the attention of adolescent female viewers, but his attitude toward his brother remained largely unchanged. “What did you go and do that for?” he’d ask. And, “Will you stop being nice to me and just go back to being a little creep?”

But when he was talking to his parents, Wally was more thoughtful. As he observed at the end of one episode, “For a little kid like that, a lot of stuff sure goes on in his head.”

Mr. Dow said in the end that he was no longer troubled by the outcome of his early success. “I felt that way probably from the time I was 20 until I was maybe 40,” he said in a 2022 interview on “CBS Sunday Morning.” “At 40, I realized how great the show was.”

Even though “Leave It to Beaver” went off the air two years before I was born, it was a childhood favorite and something I watched much later on with my parents on occasion. The union shows, while ironically much bigger ratings hits than the original show, were a pale imitation.

I had been vaguely aware of Dow’s other forays into acting and directing but do not recall reports of his depression. It’s certainly not surprising, though. Even aside from the family history, there’s something truly bizarre and otherworldly about being a celebrity as a teenager or young child. Not only does typecasting making it hard to break out into adult roles, but the expectations of future success also have to be absurdly high. 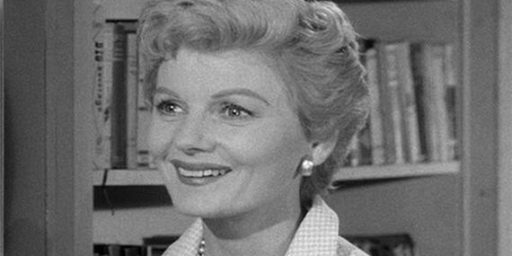