Via Salon:  Donald Trump’s KKK stamp of approval: The Klan gives a de facto endorsement to the Trump campaign on the front page of its newspaper .

“Make American Great Again!” It is a slogan that has been repeatedly used by Donald Trump in his campaign for the presidency. You can see it on the shirts, buttons, posters and ball caps such as the one being worn here by Trump speaking at a recent rally . . . But can it happen? Can America really be great again? This is what we will soon found out! While Trump wants to make America great again, we have to ask ourselves, “What made America great in the first place?” The short answer to that is simple. America was great not because of what our forefathers did — but because of who are forefathers were, America was founded as a White Christian Republic. And as a White Christian Republic it became great.

And there you go.

FILED UNDER: Campaign 2016, The Presidency, US Politics, Donald Trump 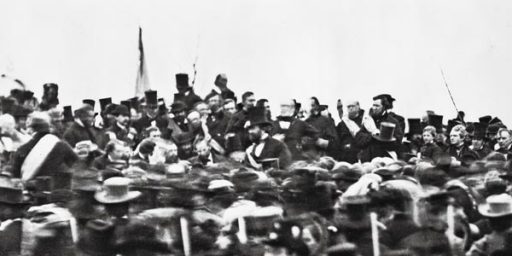