The U.S. and Russia have reached a much-needed deal to avoid inadvertent confrontations over the skies of Syria. 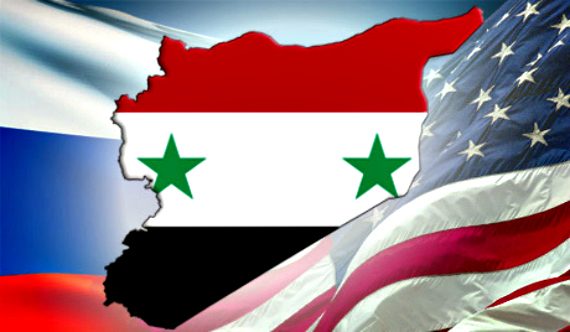 The U.S. and Russia have reached an agreement regarding the airspace over Syria, which is now occupied by both Russian and U.S./U.S. allied planes pursuing missions that are both complimentary and contradictory:

MOSCOW — Russia and the United States signed an agreement on Tuesday that regulates all aircraft and drone flights over Syria, the defense departments of both countries announced.

At a Pentagon briefing, Peter Cook, the department’s press secretary, said the agreement, called a memorandum of understanding, established safety protocols requiring the Russians and the United States-led international coalition fighting the Islamic State in Syria to maintain professional airmanship at all times, use specific communication frequencies and establish a communication line on the ground.

Anatoly I. Antonov, the Russian deputy defense minister, said in a Defense Ministry statement, “The memorandum contains a set of rules and restrictions aimed at preventing incidents between the Russian and U.S. aviation.” He did not go into details, but said it had “important practical significance.”

The coalition has been bombing Islamic State positions in Syria since September 2014, so American officials were alarmed when Russia, with little warning, began launching its own airstrikes in Syria on behalf of its ally three weeks ago. Russia made no effort to coordinate the strikes with American air operations in the region, the United States has said.

here have been several close calls. On two occasions, Russian aircraft flew within 1,500 feet and 500 feet of American warplanes, although not in a threatening manner. Such incidents underscore the need for such an agreement, Mr. Cook said.

“The Russians need to abide by these flight safety protocols that they’ve now agreed to, because we don’t want miscalculation and misunderstanding,” he said.

The protocols call for aircraft to maintain a “safe distance” from one another, Mr. Cook said, refusing to elaborate on what that distance is but saying coalition aircrews know how close is too close. “There’s no need for them to have an encounter if everyone’s abiding by these rules,” he said.

The text of the memo was not released. Mr. Cook said the Russians had requested that it not be shared. He declined to elaborate on the ground communication line, including where exactly it would be located, but described it as a backup resource to “have real-time conversations” in case something went wrong with the air communications.

Mr. Antonov suggested that more concrete steps needed to be worked out, including round-the-clock communications channels that would be established between the two relevant military commands and cooperation on issues like joint assistance in “critical situations.”

Russia’s Defense Ministry spokesman, Maj. Gen. Igor Konashenkov, told reporters that an agreement was important because the number of aircraft aloft in recent days had increased noticeably, with as many as 30 combat aircraft sharing the sky over the same area simultaneously.

“There are military transport planes, combat aircraft and drones of various size, including attack drones,” General Konashenkov was quoted as saying by the Tass news agency.

At the Pentagon, Mr. Cook emphasized that the agreement did not establish the sharing of intelligence or target information and that it did not “constitute U.S. cooperation or support for Russia’s policy or actions in Syria.”

“We continue to believe that Russia’s strategy in Syria is counterproductive and their support for the Assad regime will only make Syria’s civil war worse,” said Mr. Cook, referring to the Syrian president, Bashar al-Assad.

Given the stakes involved, it makes sense that American and Russian commanders in the area, and back home in Moscow and Washington, would want to reach some kind of understanding regarding operations in the area as well as protocols for encounters that may occur between pilots in the skies over Syria. The stakes are fairly high, after all, and the consequences that could ensue from an encounter that ended in damage or destruction of aircraft or other material because of a miscommunication and misunderstanding are high enough that it isn’t in the interests of either side to leave these things unresolved. As it was, last week a rumor spread on social media that there had been a Russian jet shot down when it inadvertently crossed the border between Syria and Turkey. That rumor turned out to be untrue, although there was apparently an incident where Turkish jets intercepted Russian jets over Turkish airspace, but it quickly set off speculation about what could happen if something like this did accidentally occur. Obviously, such a situation could quickly spiral out of control so it is in the interest of all parties that there be some rules about the conduct of all sides forces, as well as a means for commanders to communicate in the event something unplanned occur.

The announcement of this agreement comes on the same day that Russian media informed the world of a previously secret, unannounced meeting between Bashar Assad and Vladimir Putin in Moscow. That meeting seems designed both to cement the Russian presence in the skies over Syria that began three weeks ago, and to send a message that suggests that Assad’s hold on power at the moment is so secure that he feels confident in leaving the country for a long trip to Moscow, even if only for a brief period of time. While it’s impossible to know the extent to which any of that is true, the implication of the visit, and of Russia’s ongoing mission in Syria, is that Moscow has decided that protecting Assad is in Russia’s national interests, and that suggests it’s unlikely that we’ll see them back away any time soon.

The one thing of significance about this agreement that strikes me, though, is that it marks at least a tacit acceptance by the United States that the Russians will be taking on some role in the ongoing fight in Syria. In reality, of course, there was little we could have done to stop the Russians from doing what they’re doing without needlessly and recklessly escalating tensions with Moscow, but the fact that we have an agreement like this that formally recognizes Russia’s presence as a new force in the Syrian war strikes me as something that could be significant going forward. For one thing, it points out the contradiction inherent in American policy there that I’ve pointed out before, that combating ISIS and seeking to depose Assad at that same time are strategies that simply cannot work out well together. Indeed, our own failed efforts to arm “moderate” Syrian rebels puts the entire absurdity of that strategy on display. This isn’t to suggest that we should take up common cause with Russia to defend Assad, of course, but it does suggest that if you accept the premise that ISIS is the kind of threat we need to be combating right now then trying to depose Assad at the same time doesn’t make any sense at all. In some ways, by essentially formally accepting the reality of Russia’s own mission in Syria this agreement will cause some in Washington to recognize the error of their ways.