Violence, Law, and the State

Thinking about that the state, law, violence, and the Garner incident (and contributing to the tl;dr phenomenon). 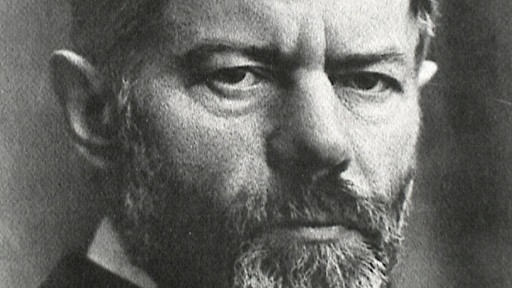 This is something that libertarians understand better than everyone else: The state is about violence. You can talk all day about how “government is just another word for those things we do together,” but what makes government work is force, not hugs.

This is true, to a point, but it is also radically simplistic.  It is a dorm-room at 1am, sophomore-level understanding of politics and political philosophy along the lines of “all property (or taxes) is theft.”  That is to say while the observation that for a state to be a state requires an ability to deploy violence is not the same thing as equating the state with violence (or stating that force is what makes governments work).

We can start from first principles:  I concur that government requires the capacity to use force.   Indeed, a famous, basic definition of the state from the German political sociologist Max Weber (from “Politics as a Vocation”) goes as follows:

a state is a human community that (successfully) claims the monopoly of the legitimate use of physical force within a given territory. Note that ‘territory’ is one of the characteristics of the state. Specifically, at the present time, the right to use physical force is ascribed to other institutions or to individuals only to the extent to which the state permits it. The state is considered the sole source of the ‘right’ to use violence. Hence, ‘politics’ for us means striving to share power or striving to influence the distribution of power, either among states or among groups within a state.

Fundamentally the state has to be able to claim an ultimate recourse to force, including violence, or you cannot have a state.  Despite the stark language, this is pretty straightforward:  how else can you have a government if it does, at the end of the day, have the all necessary power to enforce it rules (i.e., the law)?  Further, we know that governments have to be able to resort to violence to protect its territory from foreign incursion (but that is a different discussion since the focus here is domestic law enforcement).

Force, it should be noted, does not mean violence only (nor does it mean that violence is the regular, expected outcome of state action).  I would daresay that everyone reading this piece has done the following:  taken one’s foot off the accelerator while driving at the glimpse of a police car (and regardless of whether one was speeding or not).  Why do we do this?  We don’t want to be pulled over.  We don’t want to have to wait while the police officer calls in our information.   And, above all else, we don’t want to pay a fine or have our insurance rates go up. All of the above is predicated on force, but not violence. Indeed, if violence is initiated by the police during a routine traffic stop then we consider that an unwarranted aberration (or, at least, we should).

Most citizen-state interactions do not end in (nor require) violence.  It is worth noting that people, in general, do not follow the law solely because of the threat of force.  Instead, they follow the law mostly because they accept that its legitimacy due to general acceptance of the legitimate nature of the government under which we live (even when we don’t always like a given law).  There are also moral strictures that guide behavior.  We do not, for example, refrain from murdering that annoying neighbor because we fear the violence of the state.  More likely we forestall from such action because we believe it is wrong (and, in fact, the law tends to reflect generally accepted norm rather than constructing them).

While yes, part of the motivation of paying my taxes is that I do not want to pay a penalty or go to jail.  But, really, the main reason I pay my taxes is that I recognize the right of the Congress to pass laws and that I have an obligation, as a citizens, to comply with those laws.

So while Weber is correct that the state must have “the monopoly of the legitimate use of physical force within a given territory” Goldberg is wrong that “The state is about violence” or “what makes government work is force” because it is actually about much more than that.

Further, and this key, while the state may, in fact, claim “the monopoly of the legitimate use of physical force within a given territory” the way in which it executes that power matters.  The institutions of the state matter.  The content of the laws matter.  The way in which we deal with overreach of the application of those laws matters.  The state in North Korea behaves differently than does the state in Costa Rica.  Both are states which have the same basic theoretical basis, but their stateness manifests quite differently.

That is the issue here as it pertains to the law in the Eric Garner and other cases in terms of how it was enforced.

Now, should we have a debate on the sale of loose cigarettes on the streets of NYC?  Perhaps we should.  However, to pretend like we can simplistically assert that the situation should be understood primarily, or even secondarily as one of “See!  we have too many laws and regulations” or to point out that “The state is about violence” is to utterly miss the more significant issues at hand.  This issue include, but are not limited to:

I am more than open to the notion that we have too many laws.  I have no problem with such a debate, but the notion that we can blame the outcome of the Garner case on the fact that a law exists ignores the fact that the law in question did not, in any way, require (or even prescribe) what happened that day.  It also ignores that we have an awful lot of laws (almost certainly too many) but that those laws do not result in constant police violence.

In short:  a great deal of human interaction can boil down to some amount of coercion.  This is true when one deals with business as well as government (just try getting out you cell phone contract or stop paying your bills and see what happens).  Or, for that matter, try trespassing on private property in many states and get back to me about the results. Of course, it is true that all of this, from laws about contract enforcement to laws self-defense all are defined, and may times ultimately enforced, by government.  But, of course, human interactions require rules.  Rules, to have effect, require the potential for sanctions, so really all of this is pretty fundamental to humanity unless one is a total and true anarchist–and even then, the basic right of self-defense means that one has the right to resort to violence.

So, if one tears all of this down to foundations, the bottom line remains:  the issue is not whether human interactions are governed, to one degree or another by force of some kind but, instead, boils down to how those rules are generated and enforced.

And I would contend that regardless of the rule in question, the way that rule was enforced in the Eric Garner case was fundamentally unjust and raise serious questions about the interaction of the police with common citizens.

Further, I will state that I am of the strong opinion that the racial element of this confrontation is important to acknowledge and that discussions of cigarette taxes are a distraction from that fact.

FILED UNDER: *FEATURED, Politics 101, Race and Politics, US Politics

Is Amazon a Monopoly?