Another piece of humanity has left the Solar System. 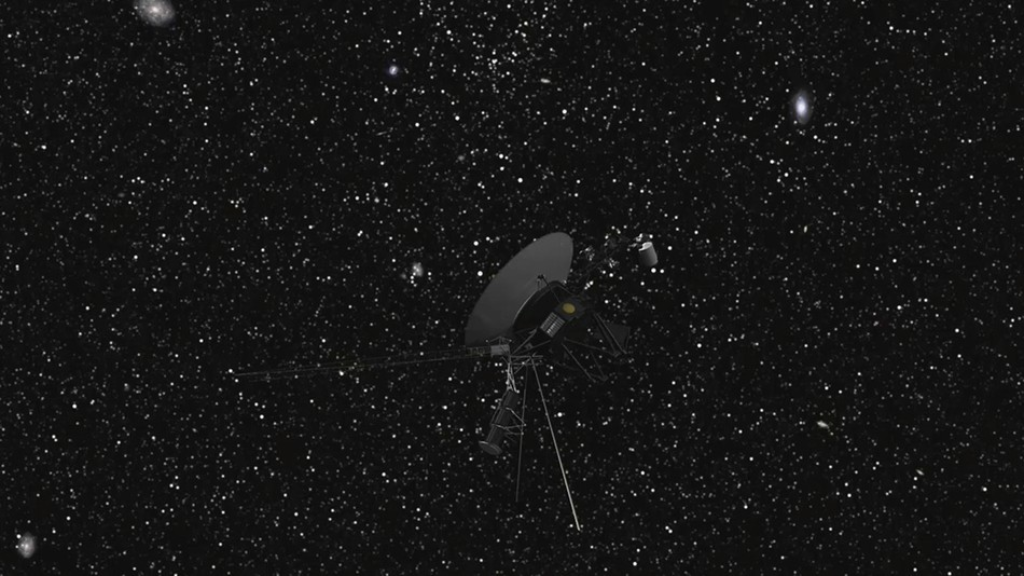 Forty-one years after it was launched, and five years after its older sister craft accomplished the same goal, the Voyager 2 spacecraft has left the Solar System and entered interstellar space:

The Voyager 2 spacecraft is now in interstellar space, NASA announced on Monday, making it the second human-made machine to cross a boundary that divides our solar system from the rest of the Milky Way galaxy.

“We’ve been waiting with bated breath for the last couple of months for us to be able to see this,” Nicola Fox, director of NASA’s heliophysics division, said during a news conference at a meeting of the American Geophysical Union in Washington.

Voyager 2 follows its twin, Voyager 1, which made the crossing in 2012. This time the passage into interstellar space is yielding a different set of readings, with new clues to how the sun affects space in the far reaches of the solar system.

The two plutonium-powered spacecraft, launched in 1977 to make a tour of the giant planets, are still operational and continue to explore.

“Now we are fortunate enough to have two very brave sentinels that have left our heliosphere and are out truly looking at the other side of the boundary in our interstellar medium,” Dr. Fox said.

The heliosphere is a bubble of gases emanating outward from our sun, and it is buffeted by winds of interstellar particles that blow through the Milky Way. At greater distances, the solar wind diminishes and is overtaken by the interstellar flow.

Crossing the boundary, the spacecraft observed a distinct change in its environment.

“There are two winds pushing on each other,” Dr. Stone said, “the solar wind from the inside pushing out and the interstellar wind pushing back in, in balance.”

For Voyager 2, now more than 11 billion miles from Earth, that change occurred on Nov. 5. On that day, instruments aboard the spacecraft detected an increase in the strength of magnetic fields from the interstellar region, and the number of galactic cosmic rays, which originate from far beyond the solar system, jumped. At the same time, the solar wind petered out.

“We’re not seeing the solar wind any more,” said John Richardson, the principal investigator for the plasma science experiment. “That means we must be in the interstellar medium.”b

The transition to interstellar space did not exactly mirror Voyager 1’s.

Dr. Stone said that Voyager 2 is headed in a different direction, and six years later, the sun is at a different point in its 11-year cycle. “We’re learning a lot about the differences as well as the commonalities,” he said.

Dr. Richardson said the speed of the plasma dropped quickly just in front of the boundary. “We thought it would be a much more gradual decrease,” he said.

The Voyager mission will continue for some time. “Both spacecraft are very healthy if you consider them senior citizens,” said Suzanne Dodd, the project manager.

Ms. Dodd said she hoped the spacecraft could reach their 50th anniversary in 2027, although not all of the instruments will still be operating. As the plutonium power sources aboard the two probes decay, they each lose 4 watts of power each year. Over time, the scientists will have to turn off some of the instruments.

While Voyager 1 and 2 have left the immediate influence of the Sun and thus entered interstellar space, it will be some time before they actually leave the Solar System. It will take roughly 300 years for the two craft to enter the Oort Cloud, which is the location orbiting the Sun from where comets originate and, after that, it will take another 30,000 years before they exit the Oort Cloud and officially leave the Solar System. At some point long before then, the power systems on both crafts will cease functioning and they will no longer be able to send data back to Earth unless engineers are able to find a way to extend their lives for even a short period of time beyond that. Nonetheless, this latest achievement is a significant one for a spacecraft that originally was only supposed to function for about ten years, and the fact that it is still, for now, sending back data is extraordinary.