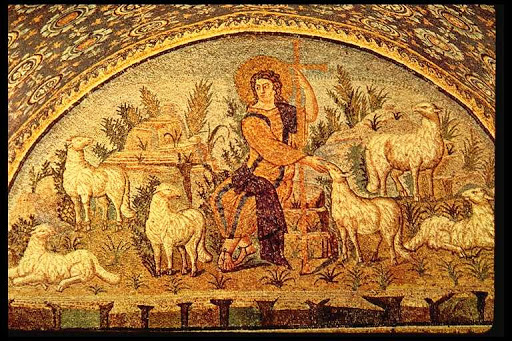 Frequently, during discussions here on Outside The Beltway, we venture into the overlap between politics and religion. It’s worth noting, when we cross the border into religious topics, that the terrain is neither as simple or easy to map as we might think. Religious belief is certainly not synonymous with Christianity, nor is Christianity a freeway inevitably leading to Christian fundamentalism. There are many roads, with many potential destinations.

That fact has immense implications for the primary topic of conversation here, politics. A dismissive, simplistic view of religion is not only unfair to people who do not resemble the caricature of wild-eyed believers in a sky god, but it is also destructive to one’s own political aims. There is nothing more wasteful than alliances not made, or a change of mind or heart that could have happened, but didn’t, because of an insulting attitude to other people. You don’t have to believe in a divine Christ or an afterlife to reach people who do. You will never succeed if you make self-satisfied jokes about the Flying Spaghetti Monster.

Certainly, there are people who do fit ugly religious stereotypes. Jerry Falwell Jr., for example, does seem like the archetypal religious hypocrite who is happy to cynically take the money of earnest, beguiled people. There are far more who do not fit any such stereotype. In fact, there is not a single religious experience.

When Mel Gibson’s The Passion Of The Christ had debuted in movie theaters, generating controversy about its depiction of that story, I attended a forum discussion about the movie, sponsored by the Commonwealth Club. I asked a woman who was very supportive of the movie what she liked about it. “It’s what happened,” she said. “It’s real.” The movie connected her to an eternal moment, a sacred event that was timeless, in the sense that its meaning reverberated throughout all time. Her religious experience, as I understood it, was rooted in the replay or reiteration of these sacred moments. Other Christians, and adherents of other religions, embrace the same kind of experience, founded in an eternal Godtime, shared with other believers. It is an inherently clannish type of religion, in which the boundaries between believers and non-believers is, and must be, very clear. It can also be a very inspirational worldview: in this Christian version, the example of Christ, and his sacrifice, should be a prompt to Christ-like behavior, because of its presumed reality.

That woman, and people like her, have a very different religious experience than my own. I did not attend any church through most of my life. I did have an active interest in the history of religion. If you are interested in history, particularly eras like the Middle Ages, it is ridiculous to think you understand anything about these past times if you don’t understand the religious components. (A friend commented once, “You know an awful lot about the history of religion for someone who doesn’t attend church.”) I was also interested in religion for its own sake, since it was important to people I knew. As someone deeply interested in politics, religion was important to understand as a force for good and bad. But I was a detached unbeliever.

Depending on your concept of religion, you might think that I still am. My family convinced me to start attending Episcopalian services with them, on the understanding that I did not have to participate in the mass, or anything else that caused me discomfort. I did, and I eventually realized that I did not have to accept anything in the Episcopalian Church literally. I met people who, like me, strove just to be a good person. The Church provided some meaningful guideposts in our spiritual journey through the Scriptural content, and the community discussion in sermons, reading groups, and other forums. All were welcome to join, including people like me.

A friend of the family, an Episcopalian minister, once asked her congregation to stand, through the Nicene Creed, when they believed with what was being said, and sit when they didn’t. The result was a spectacle of people sitting, standing, sitting, standing at different times throughout this part of the mass. It was unintentionally funny, but also fundamentally honest and wonderful.

What I found appealing in the Episcopalian worldview was the background assumption that there were many things we do not understand, and might never figure out. Revelation through exploration was the leitmotif, and no one had the answer key held behind his or her back. I wanted to be a better person, but I also accepted that I might never puzzle out exactly what that looked like, or how to get there. The mystery was the attraction — not because, like the Rosicrucians or other esoteric sects, I believed that secret knowledge would be revealed to me. Instead, the mystery was something that we, as a community of the faithful, would explore together. Even faith, in this context, has a different meaning: instead of the word denoting “belief in the unprovable,” it means, for some people, a compulsion to do good, in the sense of the parable of the centurion.

Of course, that’s one interpretation of the centurion’s story. One of the great things about these stories is our ability to turn them over and over, finding new insight each time. The tale of the Prodigal Son, for example, is one of the most unsatisfying in the Bible, defying any easy conclusion about what it’s supposed to mean. Ditto for the story of Job, which in some ways ends in a way that seems to belie its original purpose.

Finding my “faith” in this way was a bit of a surprise. So, too, was Biblical scholarship, and in particular, modern Biblical archaeology. Learning more about the messy origins of Christianity actually made Christianity more appealing. There were many early Christianities, not one Christianity. Bible stories that always seemed off-putting and even ridiculous made more sense, hearing how they were the result of mis-translation (“virgin” birth, for example) or annotation (the “Let he who is without sin…” story was a later addition, not the work of the original Gospel authors). Debates about the nature of Jesus’ divinity went back and forth for a long, eventually settled more by politics than theology. On top of all that, there’s the question of whether most people in the ancient Mediterranean world viewed religion, Christian or pagan, as literally true.

Discovering this fascinating realm of Biblical scholarship made me more interested in Christianity, not less. Rather than arguing with a purportedly inarguable text, this scholarship invited us to look behind centuries of textual accretion, deletion, translation, and distortion, to explore the world of the early Christians, and to recognize current Christianity as an imperfect artifact of centuries. Somewhere, under that pile accumulated under centuries, were some important moral lessons, compelling perspectives on what is really important during the short time we have on this planet, and a revolutionary message about love.

It also helped to learn how much the current set of assumptions about what is “Christianity” are based in an American evolution of Protestantism. The very specific depiction of the Rapture, for example, comes from Hal Lindsey’s The Late Great Planet Earth, not the Bible. Many Christians who believe in the Rapture might not know that fact, but many other Christians don’t believe in this late addition to one part of American Christian culture at all.

This is a good point for me to stop, since I’ve made, through a deeply personal window into my own spiritual status quo, my argument that religion isn’t synonymous with Christianity, and Christianity isn’t synonymous with Christian fundamentalism. Therefore, if you are inclined to make generalizations about Christians being silly people who can’t get through life without believing in a white-bearded, anthropomorphic God sitting on a throne in the sky, imagine first that you are talking with me. Also, remember, I’m not alone.

There are evangelicals who are deeply worried about climate change. There are people sitting in the pews of Baptist churches who have misgivings about the political content in their minister’s sermons. There are people who join fundamentalist churches more for the social connections than the dogmatism. There are Catholics who, in the same fashion as the Episcopalians I described, in everything that they intone during Mass. There are cultural conservatives who do genuinely believe in the importance of personal virtue among political leaders, and are horrified by Trump. And there are people like me. You might say that I’m not a Christian, that I’m Christian-adjacent, or culturally Episcopalian, not a “real” believer. (Truth in advertising: I’m currently attending a non-denominational church, not the local Episcopalian church. But they’re really reminiscent of the Episcopalians, in a lot of ways.) I’d resent the assertion that I’m not a religious person, because it cedes all the spiritual ground to fundamentalists. You don’t need to embrace the totemic, literal version of religious experience that I described earlier to be a “real” Christian, Muslim, Jew, or any other religious adherent.

There is nothing more wasteful, in a time of deep divisions, than slamming the door in the face of people who might be your allies. We can’t afford to do that. Nor should we, even in the best of times, live comfortably with ourselves, when we make glib, unflattering assumptions about other people. Jesus, whether real or imaginary, certainly would have urged us to do better.

I’ll end this post with a few book recommendations that discuss many of the points I made here.

Karen Armstrong, The Battle for God and A History of God

Bart Ehrman, Lost Christianities: The Battles for Scripture and the Faiths We Never Knew