Two days ago, University of Chicago law professor Geoffrey R. Stone listed ten principles that defined “What it means to be a liberal.” I’ll list the lead sentences of each below in italics (read the explanations for yourself at the link) with a brief response in regular font.

1. Liberals believe individuals should doubt their own truths and consider fairly and open-mindedly the truths of others. This is the basis of modernity; no problems here.

3. Liberals believe individuals have a right and a responsibility to participate in public debate. Absolutely, with due consideration for time, place, and manner.

4. Liberals believe “we the people” are the governors and not the subjects of government, and that government must treat each person with that in mind. Agreed, although this is more “libertarian” than “liberal” in the modern American usage. Indeed, conservatives are much more apt to believe this than liberals nowadays.

5. Liberals believe government must respect and affirmatively safeguard the liberty, equality and dignity of each individual. I believe in maximum liberty and equality under the law but disagree that government should try to impose equality of outcomes. I’m not sure “dignity” is the business of government one way or the other, although there are surely examples where I’m for it.

6. Liberals believe government has a fundamental responsibility to help those who are less fortunate. This would seem to vieolate principles 4 and 5.

7. Liberals believe government should never act on the basis of sectarian faith. Agreed, although perhaps not in application. Citizens in a democracy have the right to fight for their values, whether they are secular or sectarian in origin.

9. Liberals believe government must protect the safety and security of the people, for without such protection liberalism is impossible. Within reason, this is the fundamental purpose of government.

To the extent Stone’s list is illustrative of what liberals believe, then, I believe in many of liberalism’s core principles. I would observe, though, that liberals are damned redundant. This list could probably be condensed into three or four principles without sacrificing anything.

In response, Megan McArdle presents her own, somewhat snarky, ten pronged list describing “What does it mean to be a conservative?”

I agree with all of these without much reservation with two exceptions, one minor and one major. With respect to #4, I believe there are instances where men and women should be treated differently, given that there actual differences between them. For example, it’s silly to pretend that childbearing has an equal impact on men and women. And I’m still not ready for uni-sex bathrooms.

As to #10, I agree with it at an individual level but disagree strongly at a societal level. I totally oppose the concept of “victims’ rights” as it applies to criminal trials, for instance. In cases where the state is seeking to take away the life, liberty, or property of an individual, the sole focus should be on the rights of that individual. Even after conviction, the ever-increasing trend of having victims’ families come scream, cry, and otherwise confront the perpetrator as part of the sentencing deliberations is an affront to the dignity of the system and the rights of the defendant to a reasoned weighing of the facts in evidence.

First, the conservative believes that there exists an enduring moral order. While I agree there are enduring principles, most morality is circumstantial. The sexual morality that made perfect sense in the days before birth control and when people married in their teens, for example, is absurd in our modern society.

Second, the conservative adheres to custom, convention, and continuity. I have a visceral attraction to many things Old School and agree that there should be some consideration given to that which is tried and true. Change for its own sake is seldom a good thing. Still, the mindset Burk describes here is antithetical to progress.

Third, conservatives believe in what may be called the principle of prescription. (… things established by immemorial usage…) This is awfully similar to the first two.

Fourth, conservatives are guided by their principle of prudence. . . . Any public measure ought to be judged by its probable long-run consequences, not merely by temporary advantage or popularity. Agreed.

Fifth, conservatives pay attention to the principle of variety. . . . For the preservation of a healthy diversity in any civilization, there must survive orders and classes, differences in material condition, and many sorts of inequality. I agree that economic inequality will be the likely result of something good–competition. I disagree that this inequality is, in and of itself, a good thing, let alone something we should try to create systemically.

Sixth, conservatives are chastened by their principle of imperfectability. His explanation is confusing, frankly. My take on it, though, is that we ought resist the impulse that “There oughta be a law” to remedy every minor social nuisance. To that extent, I agree.

Seventh, conservatives are persuaded that freedom and property are closely linked. Agreed.

Eighth, conservatives uphold voluntary community, quite as they oppose involuntary collectivism. Quite so.

Ninth, the conservative perceives the need for prudent restraints upon power and upon human passions. Agreed.

Tenth, the thinking conservative understands that permanence and change must be recognized and reconciled in a vigorous society. I tend to prefer evolutionary to revolutionary change and agree that progress in one area often leads to retrogression in another. Generally, however, I find the tradeoff quite worthwhile. 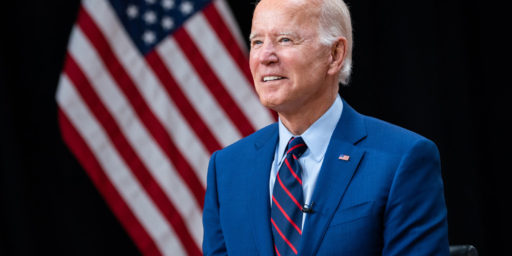