Earlier this afternoon, the White House sent out this tweet announcing that the President would be speaking at 5:15 today about the situation in Libya: 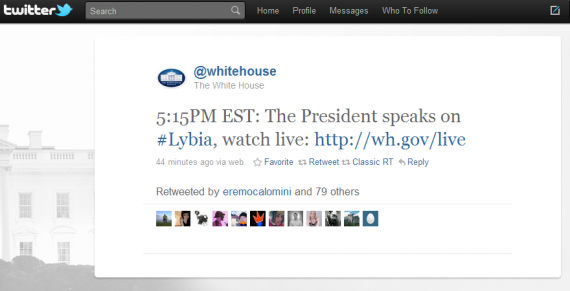 It took them about a half hour to correct the mistake: 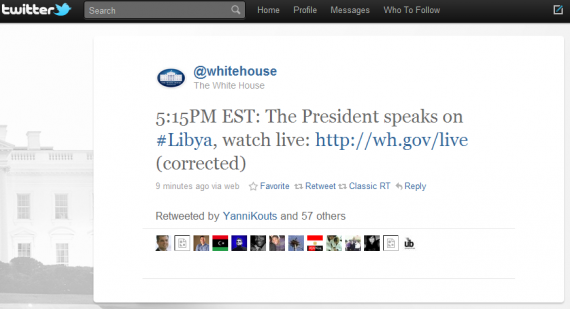 And, yea, I’ve made the same mistake myself a few times this week.