The iconic WKRP in Cincinnati is not being syndicated or available on DVD in its original format because it's classic rock soundtrack is hamstrung by copyright laws and music licensing fees. 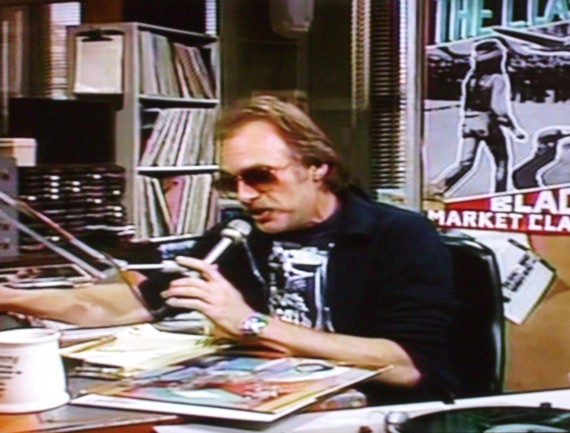 Alex Tabarrok has an interesting post on “WKRP and the Tragedy of the Anti-Commons.” The iconic program is not being syndicated or available on DVD in its original format because it’s classic rock soundtrack is hamstrung by copyright laws and music licensing fees.

From Amazon’s review of the DVD of WKRP in Cincinnati:

One of DVD’s most requested titles, WKRP in Cincinnati is a blast from the past and an absolutely golden oldie. But this first-season set is bound to cause static with fans who have eagerly anticipated its release. Because of pesky music rights, the songs don’t remain the same. “Hot Blooded” is not playing when mild-mannered newsman Les Nessman (Richard Sanders) puts on a toupee in anticipation of an awards-dinner date with bombshell station receptionist Jennifer (Loni Anderson). It’s “Beautiful Dreamer” and not “Fly Me to the Moon” that chimes when Jennifer’s doorbell is sounded. Any number of generic songs have replaced the contemporary and classic rock so vital to WKRP, which is, after all, set at a radio station…

Music licensing deals cut at the time of production were for a limited amount of time (approximately ten years). In addition, the show was videotaped rather than filmed because it was cheaper to get the rights to rock songs for a taped show. Once the licenses expired, later syndicated versions of the show did not feature the music as first broadcast, but rather generic “sound-alikes” by studio musicians to avoid paying additional royalties. In some cases (when the music was playing in the background of a dialogue scene), some of the characters’ lines had to be redubbed by sound-alike actors….

Notice that no one really gains here from the surfeit of copyright, not even the copyright holders. Is Foreigner really better off by excluding listeners from a few well-timed seconds of Hot Blooded?  On the contrary, a little youthful nostalgia adds to demand. But the copyright holders, each in their eagerness to profit, raise the transaction costs of producing the whole product so much that it either isn’t produced at all or is produced, as in this case, in a way which greatly reduces consumer value.

Is there any sanity to this? I grant that the soundtrack is integral to the show. But the show rather clearly transforms the music into something completely different, so you’d think there would be a Fair Use exemption for sampling. And, as Tabarrok notes, it’s not at all clear that anyone benefits from this concept of licensing rights.