Harlan Ellison‘s rant “Pay the Writer” is getting some favorable linkage, notably from Max Boot and Michael Totten.

He vows that “I don’t take a piss without getting paid.”  Which, I suppose, is good work if you can get it.

Ellison is an all-time great and he’s been getting paid to write — and been famous — since before I was born.  So, his, um, output is worth more than most. But the fact of the matter is that there are plenty of people out there who are willing to do all kinds of writing without getting paid.   Most op-eds you see in the major papers are published free or for an insultingly nominal fee.   Most blogs don’t generate enough to pay for operating expenses.

Ditto TV talking heads.  Yes, show hosts get paid; some handsomely.  But the guests who appear seldom do.  It’s supply and demand: There are a bevy of attention whores out there who will, at a moment’s notice, drop whatever it is they’re doing and take three hours out of their day in order to get 7 minutes of air time on a cable news show no one is watching.

Good luck getting paid in that climate.

UPDATE:  Over at his other blog, Dave Schuler offers his thoughts on “The Perversity of the Publishing System” and draws commentary from Michael Reynolds of Sideways Mencken, a quite successful author of children’s books under various pseudonyms, notably Michael Grant.   Let’s just say that great literature and massive book royalties are not necessarily overlapping categories.

That’s true of the arts-pop culture nexus, generally.  There are some magnificent singers and actors who earn their living doing something else, practicing their crafts as hobbies or for their local church or community theaters.  And some mediocrities who have multiple mansions and a fleet of exotic automobiles.  As has oft been noted, life ain’t always fair. 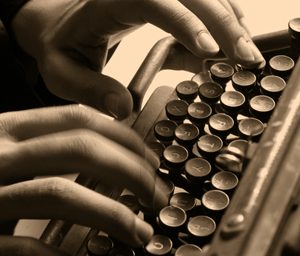