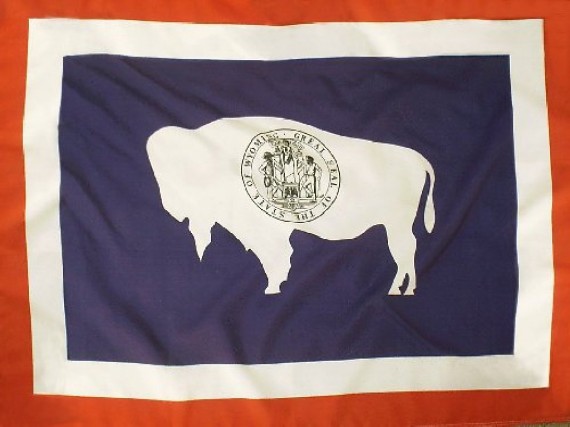 There’s an odd little bill making its way through the Wyoming legislature:

CHEYENNE — State representatives on Friday advanced legislation to launch a study into what Wyoming should do in the event of a complete economic or political collapse in the United States.

House Bill 85 passed on first reading by a voice vote. It would create a state-run government continuity task force, which would study and prepare Wyoming for potential catastrophes, from disruptions in food and energy supplies to a complete meltdown of the federal government.

The task force would look at the feasibility of Wyoming issuing its own alternative currency, if needed. And House members approved an amendment Friday by state Rep. Kermit Brown, R-Laramie, to have the task force also examine conditions under which Wyoming would need to implement its own military draft, raise a standing army, and acquire strike aircraft and an aircraft carrier.

The bill’s sponsor, state Rep. David Miller, R-Riverton, has said he doesn’t anticipate any major crises hitting America anytime soon. But with the national debt exceeding $15 trillion and protest movements growing around the country, Miller said Wyoming — which has a comparatively good economy and sound state finances — needs to make sure it’s protected should any unexpected emergency hit the U.S.

Several House members spoke in favor of the legislation, saying there was no harm in preparing for the worst.

“I don’t think there’s anyone in this room today what would come up here and say that this country is in good shape, that the world is stable and in good shape — because that is clearly not the case,” state Rep. Lorraine Quarberg, R-Thermopolis, said. “To put your head in the sand and think that nothing bad’s going to happen, and that we have no obligation to the citizens of the state of Wyoming to at least have the discussion, is not healthy.”

Now I suppose there’s nothing wrong with having a plan, but I just have one question. Where, exactly, would Wyoming put an aircraft carrier?