The only question this video raises is why everyone else in line was so passive and just let this happen: 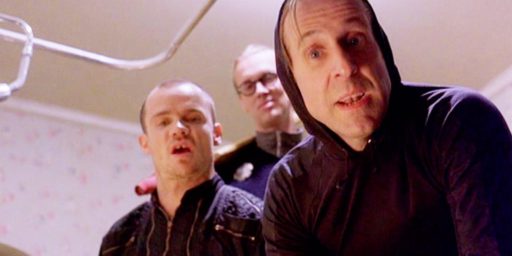 Jonesing For An Apology