You and Whose Army?

The editors of the Wall Street Journal continue to beat the war drum against Russia:

Standard & Poor’s last week downgraded Russian debt to near-junk status, as capital flight picks up. A recession seems likely this year after slow growth in 2013. Sanctions against the Putin circle have their uses, but sanctions on the entire Russian financial system would have far more impact. Mr. Putin is riding a wave of nationalist popularity with his Crimea conquest, but that will erode if Russians conclude that his adventures are making them poorer.

The West also needs to move faster on making Europe less dependent on Russia for energy. Mr. Obama could send a global signal if he ordered his Energy Department to approve every U.S. liquefied natural gas export proposal. Not every project would be built, but approval would let capital find the best prospects. Yet the U.S. President, like the Germans, is hostage to his domestic renewable-energy lobby that hates fossil fuels. The West’s climate-change obsessions have increased Mr. Putin’s strategic leverage.

Above all Europe and the U.S. need to move quickly to revive NATO’s forces and credibility. U.S. officials are sounding the right notes on NATO’s Article 5 that commits all treaty members to respond to an attack on any member. But they need to reinforce that message with more than token deployments in Poland and the Baltic states.

While Ukraine is not a NATO member, the U.S. should also send lethal aid to Kiev as a way of making Mr. Putin think twice about the costs of an invasion. Mr. Obama is worried that this will be too provocative, but what is really provocative to this Kremlin is weakness.

I find this formulation problematic on a couple of grounds. First, the phrase “and the U. S.”. As we are continually reminded, the U. S. already spends much, much more on its military than any of our European allies. Europe is not our only defense priority and, indeed, may not even be our most serious priority. North Korea appears to be slipping its leash. China has become much more truculent with respect to Japan. The Middle East has not suddenly vanished. And, of course, there’s Africa. Its civil wars, some of the bloodiest in human history, have not miraculously concluded.

The reality, apparently too painful for the WSJ to mention, is that Europe needs to re-join the NATO alliance or determine how it intends to propitiate Russia. We cannot carry the weight alone.

Folding former Soviet republics into the NATO alliance did not suddenly become strategically dubious. It was dubious when it happened ten or fifteen years ago. Having accepted them, we must suit the action to the word and determine how we would defend them. That can’t be done without European allies who are at least as committed to the alliance as we are. We should not become Europe’s janissaries.

Extending robust protection to Ukraine would be a statement that NATO membership and its attendant costs were optional for NATO to extend the benefits of membership in the alliance. Would that really strengthen NATO?

Finally, financing all of the implicit additional military spending must come from somewhere. The alternatives are increased taxes, reduced entitlement spending, or the mere continued extension of credit which has exchange implications. Do the editors of the Wall Street Journal genuinely believe that Americans have an appetite for reducing domestic spending to bolster countries they can’t even place on a map and in which we have only indirect interests?

The entire editorial sounds like an extended argument for a weak dollar to me, something that would meet with countermeasures, not the least by our European allies. 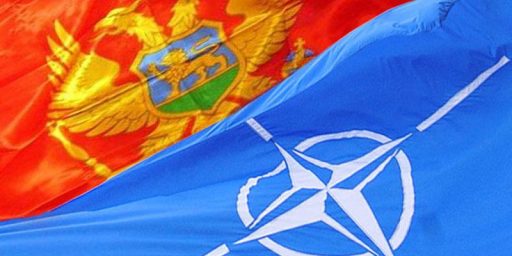