A new book from Regnery: 10 Books That Screwed Up the World: And 5 Others That Didn’t Help by Benjamin Wiker, PhD.

Link via Glenn Reynolds who, unlike me, got a free copy in the mail but, like me doesn’t “agree with all the choices here.” From the Amazon description:

I’m always dubious when someone notes that they have a PhD on their book jacket. Usually, it means that the person either has a fake doctorate (like John Gray, PhD, of Mars/Venus fame) or has a doctorate totally unrelated to what they’re claiming expertise in (like non-psychologist Dr. Laura Schlesinger). In this case, it’s a solid degree — Wiker’s Ph.D. is in “Theological Ethics from Vanderbilt University” — but I’m not really sure what it has to do with literary criticism or historical causation.

I haven’t read all the books in question, although I’m at least familiar with them. But I might go further than Glenn and say that I don’t think I agree with any of the choices here.

Machiavelli’s The Prince was a satirical attack on tyranny. Hobbes’ Leviathan helped establish the basis for the idea that individual humans had any rights at all. That others used them maliciously or took their arguments too far speaks to their characters, not the books themselves.

The Communist Manifesto made some interesting extrapolations from history about how political economy would evolve. The rise of labor unions and social democratic parties, however, obviated much of the book’s logic within a few decades and an older Karl Marx acknowledges as much. What Lenin, Stalin, and others did using the language of the book, certainly, was horrible. But that can hardly be blamed on the book.

Mein Kampf was, I suppose, pretty evil. But it was basically campaign literature for Adolf Hitler, the author. I’ll blame the evils that followed, then, on Hitler rather than his book.

Otherwise, using Wiker’s logic, it’s difficult to conceive of a book more horrific than the Old Testament shared by Judaism, Christianity, and Islam. The amount of sheer evil that has been justified using that text dwarfs all other books put together. 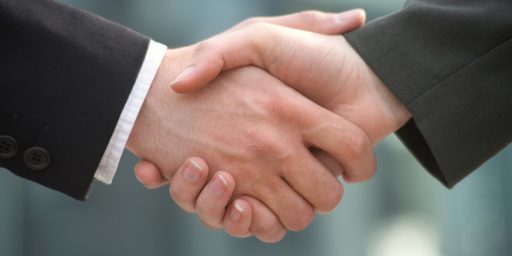