After decades suffering through a mere two plies, the toilet paper industry has finally come through for us:

If two-ply toilet paper is good, then three-ply tissue must be better. At least that’s what toilet-paper researchers in northeastern Wisconsin hope.

Yes, there is such a thing as a toilet-paper researcher. And a team of them at Georgia Pacific’s Innovation Institute in Neenah has come up with a three-ply version of its Quilted Northern product.

The new product will be launched Monday. The company touts the toilet tissue as “ultra-soft” and says it plans to market the product to women 45 and older who view their bathroom as a “sanctuary for quality time.”

I have no especial insights to offer here, nor even any particularly clever puns. I wonder, though, what the holdup has been.

Two-ply tissue has been available since, if Wikipedia is correct, before my parents were born. Contrast that to, say, the history of razors. The first twin blade razor, Gillette’s Trac II, was introduced in 1972. It was, if memory serves me correctly, the razor that I started shaving with ten years or so later. Since then, “shaving researchers” have come up with multiple innovations: lubricating strips, pivoting heads, razors that heat shaving cream, THREE blades, battery-powered vibrating heads, FOUR blades, and, yes, FIVE blades. Meanwhile, the toilet paper industry has been content to stagnate.

Surely, the idea of a third ply is not entirely novel. Indeed, it’s occurred to me on more than one occasion when, for example, adapting to new razor technology, I’ve needed the product as a patch for nicked skin (one of its many alternative uses).

So what, exactly, is it that ” toilet-paper researchers” have been doing since 1942? 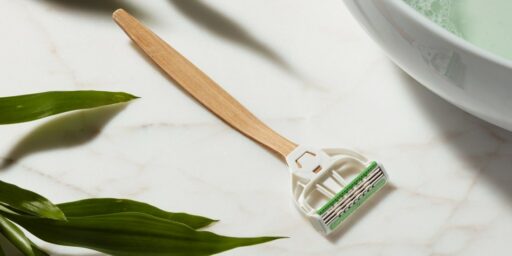