Obama v. Trump in handling protesters at rallies (and a helping of untruth from Trump). 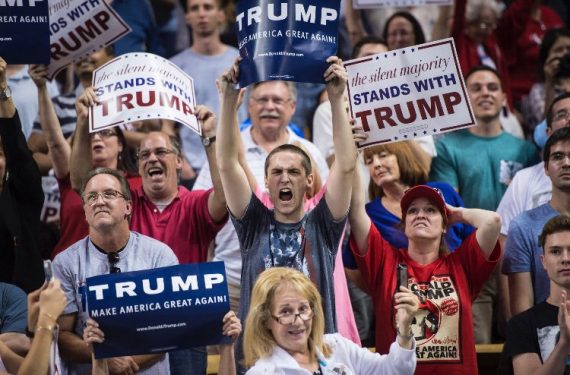 The topic of this post is, in some ways, small but I also think it is profound.  It is about protesters at political rallies (a common enough occurrence in our politics) and how two different politicians dealt with them.  It is also about basic truth.

To wax a little idealistic for a moment, it is important to underscore that the relatively commonality of peaceful protest at political events is a testament to democracy and a constitutional order that allows for freedom of assembly and free expression.  And while protests can be disruptive, they ought need to be understood in the context of basic political freedom.

This leads me to the following video of Hillary Clinton campaign event at which President Obama was speaking.  At this event an older gentleman dressed in a military uniform displayed a Trump/Pence sign and began shouting to the crowd/to Obama (it is unclear to me what he was saying):

The President handled the situation quite well, in my opinion.  In watching the video I was struck by a) the fact that he tried to reign in the crowd, rather than inciting them, and b) he used the situation to extol basic democratic values and human decency.

Of course, in watching this video, I could not help but think of the numerous videos of Trump actually egging on his audiences in their negative reactions to protesters.  A stark contrast, to say the least.

Contrast this with Trump in similar situations:

If one did not watch the video Obama, go give it a look and then re-read Trump’s words. This is simply a straight-up example of a blatant lie.  This isn’t spin or an alternative interpretation.  It is just a direct example of untruth.

So, any supporters of Trump out there note the contrast in how to handle protesters and note how your candidate is simply lying.  It is truly stunning (or should be). 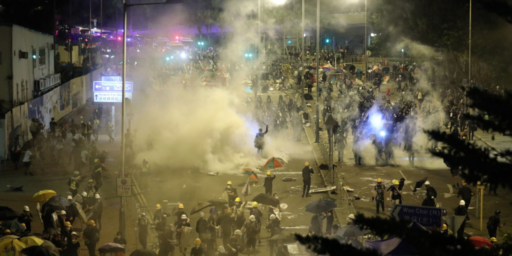