A Bit More On Education Reform

In an earlier post, I ended by saying I had a specific model in mind for reform and it’s based on the Chugach School District in Alaska. They won a Malcolm Baldridge Award for improving student performance. Unfortunately, I don’t have the original links from when I wrote about this a few years ago and didn’t find newer ones. Thus, I am having to pull many details from memory.

The idea is a fairly simple one, namely that grade levels would be done away with. No sixth grade, seventh grade, etc. Instead, students would proceed along an educational path much like in college: they move ahead in individual courses as they pass them, rather than advancing an entire grade when they are lagging in one or more subjects. In a system like this, schools would have to be much more tolerant of students retaking specific courses. Another change would be that students would graduate when they have mastered the material. For instance, a really good student could test out of certain courses and perhaps graduate at sixteen, rather than eighteen.

This alone would change the focus of schools from marching students through the grades and focus them and the students on mastering the material to advance to the next course. This makes much more sense to me than what we currently do, which seems like a cookie cutter approach to student achievement.

Of course, this would mean logistical and personnel changes. The schools would often have to be on the same site, so you aren’t busing good math students from elementary school to a junior high. Also, this wouldn’t work well in the earlier grades when the students haven’t learned much, and would need to begin in fourth grade, or thereabouts. In addition, there would need to be more guidance counselors to guide the students through the curriculum and more frequent independent testing.

Anyway, this is something something to consider so that when discussing education reform, we aren’t just talking about vouchers. Any thoughts? 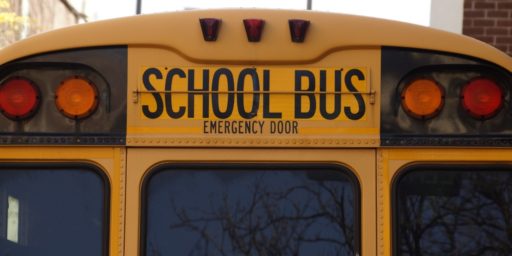