Well, it would seem that the Senate has been placed in to receivership by 14 self-appointed trustees, several of whom are among the Senate’s most wanton exhibitionists. Some of these ladies and gentlemen can be seen almost daily preening in front of television cameras confessing their moral superiority over their colleagues by virtue of their lack of firm convictions and their unwillingness to be team players.

Let no one assume that this little assemblage of selfless senators will limit the reach of their writ to the matter of judicial appointments. As if one couldn’t guess, on Monday night Sen. Lindsey Graham Ã¢€” the Tom Sawyer of the Senate Ã¢€” looking all twinkly eyed and mischievous into the television camera, promised that the wonderful 14 would soon be announcing their plan to reform Social Security. Tomorrow the World!

So begins the Regency Period of the Senate. As long as these fourteen stick together, nothing can pass the Senate.

This is a failure of leadership. Not on Harry Reid’s part; this arrangement suits Reid well, as he was not about to see much of his agenda get through the Senate regardless. No, this falls squarely on the shoulders of Bill Frist, who obviously lacks the capacity to instill party discipline on his fractious caucus. Had Tom DeLay, for all his flaws, been in charge of the Senate, this filibuster debate would have taken place in January, and he would have won it. And of the seven Senators who have now defied their party leadership, how many would have stood up to DeLay in a similar manner? Probably only McCain, and he would have been much more careful in doing so.

While I heartily agree with Blankley that McCain and company are preening media hounds–even by Senate standards–who wallow in their “maverick” standing, the fact that swing votes are often decisive is hardly new. Further, there has never been such a thing as party discipline in the United States Senate. Senators are, by Constitutional design, independent actors accountable only to their statewide electorate. Unlike the House, where the leadership and the Rules Committee create a climate of tight discipline, the Senate has always been freewheeling and required collegiality to function. The Majority Leader has some degree of power over his backbenchers, but he has to walk a very narrow line.

Compounding matters is the fact that, because of the post-1994 rules changes, Frist has managed to rise to the leadership of the Senate despite being only in his second term. As such, he lacks the institutional knowledge and power that his predecessors enjoyed. While Frist is expected to make those with an (R) behind their name tow the party line, he has very limited ability to do it.

Morrissey is right, though, that Frist is now going to be perceived as a weakling. As I argued yesterday, unless he can quickly undo the damage caused by the deal, he will have lost the support of the Republican base and with it any chance he had of the presidency. 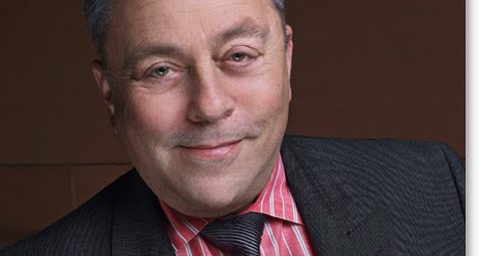