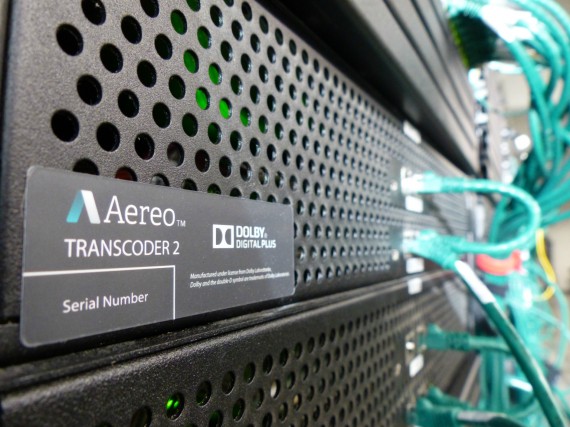 After a Supreme Court decision earlier this week that effectively declared its business model to be a violation of the law, Aereo has suspended service:

Aereo, the start-up firm that threatened to upend the television industry, has hit the pause button.

Three days after the Supreme Court ruled that Aereo had violated copyright laws by capturing broadcast signals on miniature antennas and transmitting them to subscribers for a fee, the company suspended its service.

“We have decided to pause our operations temporarily as we consult with the court and map out our next steps,” Chet Kanojia, Aereo’s chief executive, said in a letter to customers sent on Saturday morning under the heading “Standing Together for Innovation, Progress and Technology.”

Aereo said that the service would not be available after 11:30 a.m. on Saturday and that it would give users a refund for their last paid month. The company had fewer than 500,000 subscribers in about a dozen metropolitan areas.

Customers paid $8 to $12 a month to rent one of Aereo’s dime-size antennas that captured over-the-air television signals. They then could stream and record programs from major broadcasters using their mobile phones, tablets, laptops and Internet-connected televisions.

Before the decision, Aereo, which was founded in 2012, said that it had “no Plan B” if it lost in court.

But on Saturday, Mr. Kanojia said Aereo’s journey was “far from done.” A spokeswoman underscored that the company was not shutting down, merely temporarily stopping its service.

“The spectrum that the broadcasters use to transmit over-the-air programming belongs to the American public, and we believe you should have a right to access that live programming whether your antenna sits on the roof of your home, on top of your television or in the cloud,” Mr. Kanojia said in his letter to Aereo users.

Unfortunately for Aereo, that isn’t what the law says, as the Supreme Court decided in a case that I believe they got mostly correct. Given that outcome, Aereo was faced with an extremely limited set of options.  Letting the operation as is continue in the wake of the ruling would have meant exposing the company to increasing claims of monetary damages from each of the broadcast networks, so shutting the system down seems to be the only prudent course of action at this point. Perhaps at some point in the future,  an agreement can be reached between Aereo and the networks that would allow Aereo to resume operations, although it is highly likely that the subscription fees for that legal service would be higher than what consumers are paying now. The more likely outcome, though, is that the networks and cable companies start looking at ways that they can monetize their streaming content, and that the networks eventually look for a way to allow content to be viewed online even if someone does not have a cable subscription. That is where the future of the medium seems to be headed, and it will eventually get there. The only thing the Supreme Court said this week is that the law will have to be complied with, or preferably changed to deal with the realities of modern technology, along the way.