As if we didn’t have enough to worry about apparently the Burmese have built a secret nuclear reactor:

Two of Asia’s most oppressive regimes may have joined forces to develop a nuclear arsenal, according to strategic experts who have analysed information supplied by a pair of Burmese defectors.

The men, who played key roles in helping the isolated military junta before defecting to Thailand, have provided evidence which suggests Burma has enlisted North Korean help to build its own nuclear bomb within the next five years.

Details supplied by the pair, who were extensively interviewed over the past two years by Professor Desmond Ball of the Australian National University and Thai-based Irish-Australian journalist Phil Thornton, points to Burma building a secret nuclear reactor and plutonium extraction facility with the assistance of North Korea.

It’s for peaceful purposes, of course. Not to mention the prestige and being able to extend the North Korean and, presumably, Iranian nuclear programs far beyond their borders and away from the prying eyes of pesky IAEA inspectors.

This is the real threat of the sort of nuclear proliferation we’ve been seeing over the period of the last twenty years, first from Pakistan through North Korea and Iran and now Burma. I’m concerned about a sort of nuclear assembly line with the stages separated far enough that no single stage looks like an appreciable threat but the aggregate result is nuclear weapons everywhere. 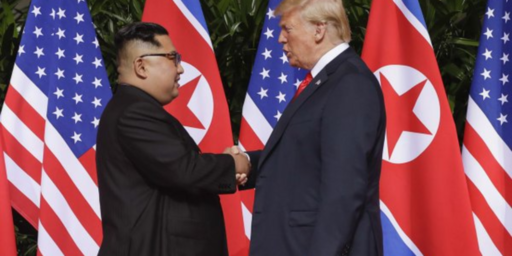