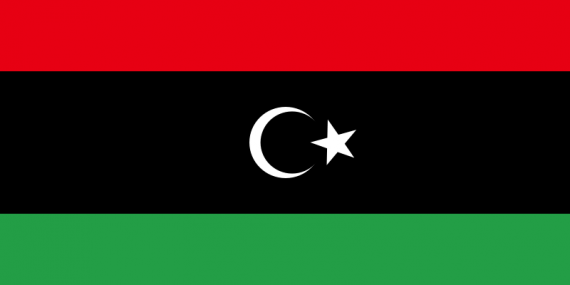 There hasn’t been much talk over the past month about just who the people fighting to overthrow the Gaddafi regime actually are. Undoubtedly, a large part of the uprising is a genuine revolt by the people of Libya against a brutal dictator. However, the rebels also include those whose vision of a post-Gaddafi Libya would most assuredly not be to our liking:

Today, there is little doubt that eastern Libya, like other parts of the Arab world, is experiencing a genuine burst of anti-totalitarian fervor, expressed in demands for political freedom and economic reforms. But there also is a dark history to eastern Libya, which is the home of the Islamic Libyan Fighting Group, an anti-Gaddafi organization officially designated by the State Department as a terrorist organization.

The group was founded by Libyan mujahideen returning in the mid-1990s from Afghanistan, where they had gone to fight the Soviets’ Red Army. Building on a radical Islamist credo, they organized to fight the secular corruption of the Gaddafi regime. In 1996 they nearly succeeded in assassinating Gaddafi by attacking his motorcade with either a bomb or a rocket-propelled grenade which missed its target. The attack led to a severe crackdown by the regime. Many were imprisoned or disappeared, but the CIA still regards the group as one of the many franchises of al Qaeda, including al Qaeda in the Arabian Peninsula, which operates in Yemen, and al Qaeda in the Islamic Maghreb, which is active in Algeria and elsewhere in North Africa.

Eastern Libya has been described by U.S. diplomats as a breeding ground for Islamist extremism. In diplomatic cables released by Wikileaks, the region’s young men were said to have “nothing to lose” by resorting to violence. Sermons in the local mosques are “laced with phraseology urging worshippers to support jihad,” one diplomat reported.

U.S. officials declined to discuss the make-up of the anti-Gaddafi forces in eastern Libya, and U.S. intelligence agencies declined to comment publicly. To be sure, extremist elements make up only a portion of the resistance to Gaddafi and have been present in every popular uprising in the region stretching from the Iranian revolution to the Egyptian people’s overthrow of Hosni Mubarak. But others caution that in the chaotic jockeying for power that will ensue, whether or not Gaddafi is forced from power, eastern Libya’s extremist groups will emerge.

“Lingering civil conflict in Libya (certain to happen if Gaddafi clings to power) would create ample ground for radicalization and extremist recruitment,” Yasser al-Shimy, an Egyptian diplomat who defected during the last days of the Mubarak regime, wrote recently. Protracted civil conflict “usually induces radicalization and chaos. In other words, Libya might turn into a giant Somalia: a failed state on Egypt’s borders with radical groups taking advantage of the mayhem,” al-Shimy wrote in the blog, Best Defense. Or as Secretary of State Hillary Clinton said Friday about the immediate future of Libya: “We don’t know what the outcome will be.”

One of the historical truths of violent revolutions is that, while extremists may not comprise the majority of those rising up, they often end up on top because they are the ones most willing to do what ever it takes to achieve power. If the removal of Gaddafi from power leads to a civil war among those who would succeed whim, which is not beyond the realm of possibility given the power vacuum that appears to exist below Gaddafi and his cronies, then groups like these are likely to be at the forefront of the violence.

One also has to wonder if, as Secretary Clinton says, “We don’t know what the outcome will be,” why we are getting ourselves involved in a conflict where the endgame could be just as bad as the regime we’re dealing with today.