Janelle Nanos investigates her relationship with her iPhone. 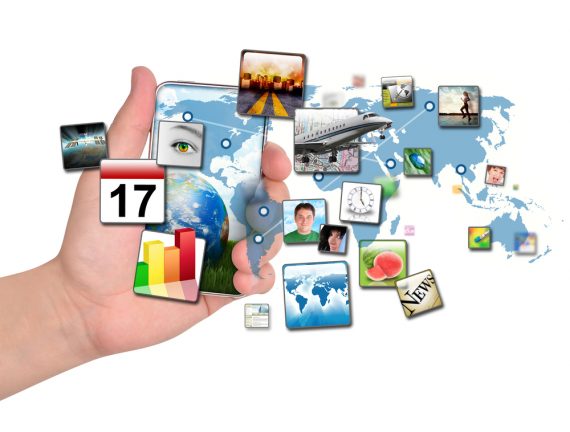 Janelle Nanos investigates her relationship with her iPhone, concluding that cool new lifestyle apps are changing what it means to be human. Alternatively, she demonstrates that Janelle Nanos might be just a little bit crazy.

I LOVE MY SMARTPHONE. It’s become a second brain in my pocket that’s changed how I process information. It’s with me every waking moment — and the sleeping moments, too — tracking my daily habits. And through my constant e-mail and Facebook activity, and the personal documentation of my life via Twitter and Instagram photos, it’s become the lens through which I see the world. All day long, I find myself instinctively reaching for my phone, using it as a tool to validate my existence.

But lately, my smartphone and I have taken our relationship to the next level. I provide it with ever-more-intimate details about my life. Last year, for example, I set a few goals for myself. I wanted to lose some weight, save money, and run a half marathon. With only a few app downloads, my phone became a trainer, life coach, and confidant. It now knows what I eat, how I sleep, how much I spend, how much I weigh, and how many calories I burn (or don’t) at the gym each day. It’s gotten to the point where my phone now somehow knows more about me than anyone else in the world, including my own darling husband. My gadget has become a tiny black mirror, reflecting back how I see myself. Which means things are getting more complicated between us.

Lately, I’ve found myself trying to outsmart my smartphone, fudging my calorie intake when I’ve gone overboard on dessert, or hiding a credit card from my personal-finance app so it doesn’t know about my occasional spending sprees. And then I catch myself: It’s a damn phone. This is insane!

After my iPhone 3GS stopped performing the phone part of its name, I upgraded last week to the 4S. While not enamored of its rapid battery consumption and finding Siri much less impressive than I’d been led to believe, I nonetheless find it a useful too. It’s easy to perform simple functions, like setting alarms, managing my calendar, and leaving myself notes and reminders via voice activation than scrolling through apps and typing things in with a touchscreen keyboard that’s too small for my hands, which have been touch-typing on a full-sized keyboard for some three decades. The innate features of the phone, combined with the iCloud synchronization with my iPad and other devices (which I was already using on my old phone), are quite handy. And various apps make it easier to manage my schedule.

Still, it’s just a phone with some apps on it. I can’t imagine that I’ll ever view Siri as a person, much less one that I feel the need to hide information from for fear of its disapproval.

But I don’t enjoy the feeling that I’m cheating on my phone. So I reach out to Sherry Turkle, an MIT professor and author of the recent book Alone Together: Why We Expect More from Technology and Less from Each Other.

Turkle, a sociologist and clinical psychologist, has spent the past two decades exploring the relationship between humans and robots. She’s currently researching Siri and the way its users have, in only a few months’ time, come to think of it as a nonjudgmental best friend. Siri is a “cultural preparation for a kind of intimacy with our machines that will take us to a new level,” Turkle explains. As humans, she says, we’re programmed to anthropomorphize objects. But until now, these objects haven’t been programmed to love us back.

But, um, they don’t. They’re programmed devices that do what we tell them to do. That Siri can instantly understand voice commands from users and open the proper applications is an amazing technological feat. But Siri has no hopes, dreams, or plans of its own; it’s just a software interface.

“Nagging is still nagging, whether it comes from your phone or your mom,” says Jessie Gruman, a social psychologist who heads the Center for Advancing Health, a patient-advocacy group out of Washington, DC. Gruman is a four-time cancer survivor who’s tried nearly every program on the market to help keep her weight up after she lost a portion of her stomach to the disease. But she gets so frustrated with the apps — with how time-consuming they are, or how generally annoying they become — that she’s deleted more than she can count. Because we think of our phones as tools that serve us, it’s disconcerting to find ourselves responding to their demands, she says. “We like our relationships with our devices to remain constant and uncomplicated.”

This, I suppose, is plausible. Most of us set expectations for ourselves that are either impossible to meet or require a degree of discipline and self-denial that’s incredibly hard to sustain. Presumably, regular reminders of our failure to meet said expectations gets annoying. But it’s a hell of a lot easier to delete an app than ignore nagging from actual people in our lives.

A NEW WAY OF BEING HUMAN? That’s certainly not what I thought I was signing up for when I began my own self-tracking about a year ago. I downloaded one of the most popular health apps on iTunes, RunKeeper, which was designed by the local startup FitnessKeeper. As I jog, it tracks my pace and uses my phone’s GPS coordinates to calculate my distance, while its internal coach gives me my splits and tallies my calories burned. RunKeeper’s been called the gateway drug for self-tracking, and after getting the initial bit of data, I did feel a dopamine surge in my brain. As I kept using the app, I got hooked. I’d receive e-mails when I hit a new distance goal, and would share my runs on Facebook, where friends would cheer me on, adding to the warm-fuzzy feeling. Later, I learned that I was experiencing what researchers call the Hawthorne effect: the idea that test subjects improve upon an observed habit simply because it’s being watched. Socrates famously said that an unexamined life isn’t worth living. And sure enough, I began to feel like I needed to run with my phone for my workouts to really count.

Then last summer, I noticed that all of the maps of my runs were being logged online, and made searchable by Google. Realizing that someone could easily deduce where I lived, I quickly changed my settings to private. It was a bit of a buzzkill, and feeling slightly betrayed, I began jogging without my phone. But I got off easy. This past July, users of the Fitbit, a clip-on device that monitors your physical movement, were surprised to learn that after logging their sexual activity (the average person burns 150 to 200 calories per go, so why not count it?), the information was available online, including how long, how vigorous, and how often they got busy.

Being a moron is not a new way of being human; it’s as old as humanity itself. That so many people participate in annoying programs that post intimate and annoying details of their lives to Facebook and Twitter (Woohoo! I’m the mayor of Joe’s Tacos! I’ve just earned a badge for drinking a new kind of beer! I weigh 203 pounds this morning!) is irksome; it’s not a fundamental evolution of the species.

I ask Sherry Turkle, the MIT professor, if she can foresee a day when she views her phone as a partner.

She pauses. “I get migraines,” she says — the close-the-drapes kind that keep her in bed for days. If a phone had the capacity to measure her temperature, pupil dilation, and galvanic skin response — three things that indicate the onset of a migraine — and then tell her to take a pill to fend off the massive headache, she would absolutely want it. It would be akin to having a hero rescue a damsel from the path of an oncoming train.

When I ask Turkle how she’d feel about a device that could do all that for her, she lets out a laugh.”Could you imagine the feelings of intense connection and gratitude, bordering on profound love?” she says. “It would be almost impossible not to love them.”

I’ve already got a machine that does that: my coffee maker. I use it every morning. (I also cheat on it with a similar machine at the office. Please don’t tell on me.) Yet, as much as I like coffee, I’ve somehow avoided forming an emotional bond to my coffee maker.

via The Browser. Person holding smart phone image by Shutterstock. 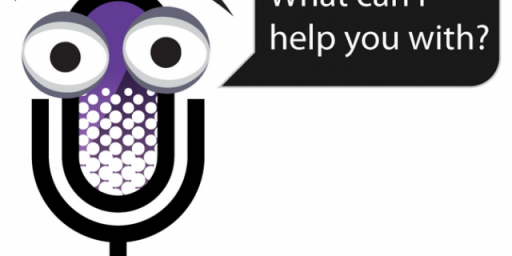 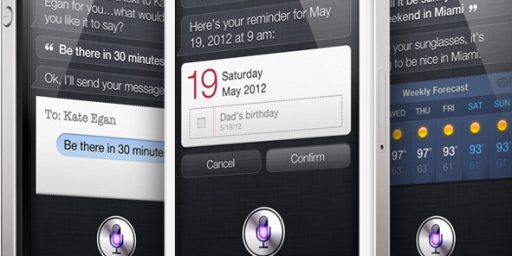