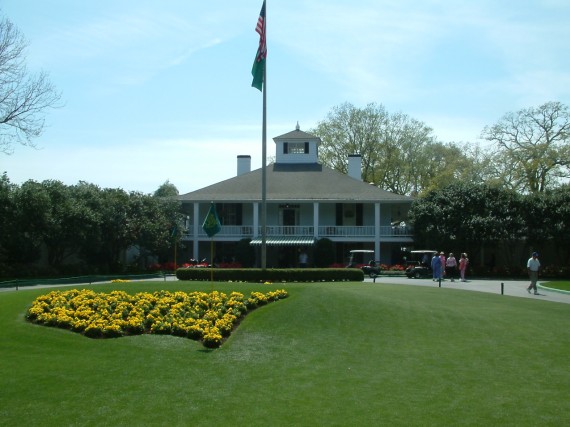 With the Master’s Tournament just around the corner, there’s speculation that the venerable August National Golf Club may be about to break a long-standing and controversial tradition:

If the Augusta National Golf Club keeps with tradition, Ginni Rometty would be its first female member, according to a report Wednesday by Bloomberg News.

On Jan. 1, Rometty became the CEO of IBM, succeeding Sam Palmisano, who is a member of the club — as were the three CEOs before him, according to Bloomberg.

Tournament chairman Billy Payne, who has said in the past there is “no specific timetable” for ending the club’s all-male membership policy, traditionally holds a news conference the day before play begins. This year, it will be April 4. The former head of the 1996 Atlanta Olympic committee is certain to be asked about Rometty’s membership chances.

The CEOs of the tournament’s two other major sponsors, Exxon Mobil and AT&T, are both members of the club.

IBM runs the tournament’s website, plus technology in the media center and for broadcast partners (ESPN covers the first two rounds of the event, set for April 5-6; CBS covers the weekend play).

Rometty, 54, is a golfer, according to Bloomberg, though she is more likely to scuba dive.

Quite honestly, August National is a private club and I really don’t care what their membership policies are. However, they’ve been under pressure to admit female members for more than a decade now and with Rometty becoming CEO of IBM it would seem that their past practices have caught up with them. Would they really refuse to extend a membership offer to the CEO of one of America’s most venerable corporations when they’ve always done so in the past? Stay tuned.