In addition to her awkward opening statement, Arizona Governor Jan Brewer is also making headlines for failing to answer questions during last night’s debate about her claim that there has been a rash of beheadings along the Arizona-Mexico border:

Arizona Gov. Jan Brewer sparred with her Democratic opponent in an at-times contentious debate Wednesday night, but it was what the Arizona Republican didn’t say that is making waves the day after.

Brewer – who has become a prominent leader in the fight against illegal immigration with her steadfast support of Arizona’s controversial immigration law – wouldn’t address statements she made earlier this summer suggesting illegal immigrants are responsible for beheadings in the Arizona desert.

“What is hurting us right now economically are statements, false statements made by Jan Brewer, about how Arizona has become so violent, that we are a place of fear, and we have beheadings in the dessert,” said Arizona Attorney Gen. Terry Goddard, the Democrat challenging Brewer, during the debate.

Quickly changing the subject, Brewer refused to address Goddard’s injection of the beheading comment – a statement for which she has previously taken heat because it appeared proof was lacking that any beheadings ever occured. When reporters peppered her with more questions about the statement after the debate, Brewer immediately exited the room, saying, “Ok, thank you all.”

The comment in question came in June, amidst national fury the state’s new immigration law was overly severe and facilitated racial profiling.

“Our law enforcement agencies have found bodies in the desert either buried or just lying out there that have been beheaded,” she told reporters as part of her argument that the law was vital for public safety reasons.

Medical examiners from six of Arizona’s counties, several of which boarder Mexico later told the Arizona Guardian that they had never witnessed victims who had been beheaded.

One can only imagine that Brewer dodged the question because she has no evidence to support her outlandish claims, and she knows it. 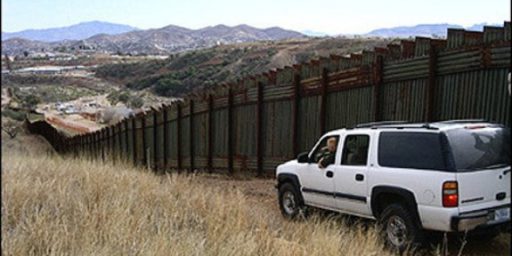