Former Massachusetts Governor Bill Weld has rejoined the Republican Party, leading many to wonder if he's considering a challenge to President Trump in 2020. 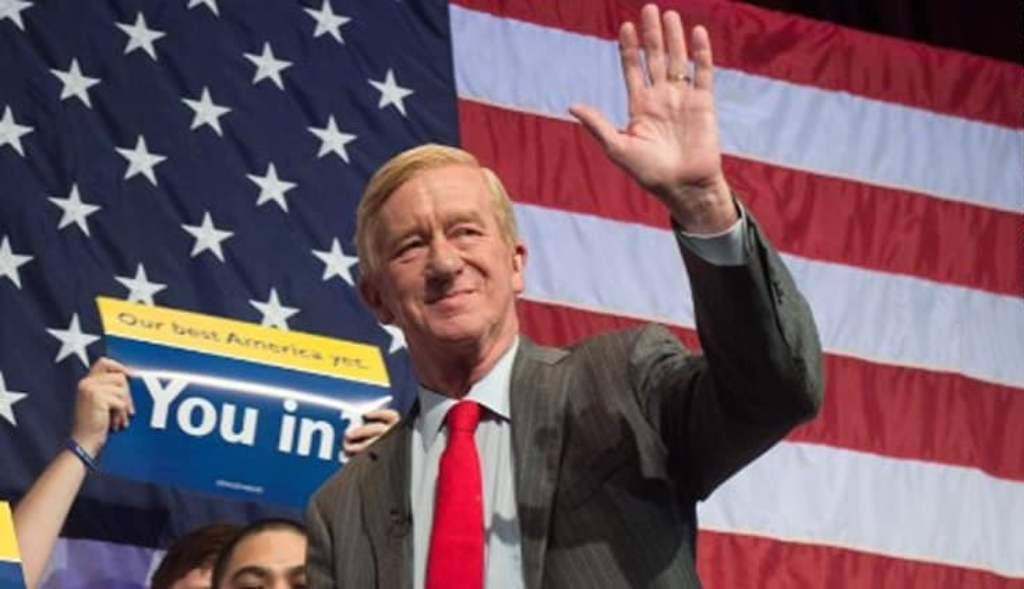 Former Massachusetts Governor Bill Weld, who we last saw as the Vice-Presidential nominee of the Libertarian Party in 2016, has rejoined the Republican Party and his reportedly considering a primary challenge to President Trump:

Former Massachusetts Gov. William Weld has changed his party registration from Libertarian back to Republican as he mulls a possible primary challenge against President Donald Trump.

Weld served as a Republican governor from 1991 until 1997. He later became a Libertarian and ran for vice president on a ticket with former New Mexico Gov. Gary Johnson in the 2016 election.

The clerk’s office in Canton, Massachusetts, confirms on Tuesday that Weld recently changed his party registration to the GOP.

If he runs for president as a Republican, he could be Trump’s first challenger within the party.

So far, Weld has not commented on the change in registration, and it’s possible that it has nothing to do with an intention of running against Trump next year. Up until now, though, it was a rather open secret among people involved in the Libertarian Party that I’ve heard from in recent months that Weld was looking at running for the party’s nomination for President in 2020 given the fact that Gary Johnson, who had been the party’s nominee in 2012 and 2016, had made it clear that he would not seek the party’s nomination or make a run for the Presidency for a third time. While the perception I got from some of these sources was that people were suspicious of Weld due to his previous stint as a Republican Governor (which was also the case for Johnson, of course) and the fact that he had some positive things to say about Hillary Clinton during the 2016 campaign, it seemed as though Weld would have been able to win the LP nomination were he to campaign for it. It’s possible, though, that Weld was getting internal signals from LP insiders that he would face too many doubts to be able to win the nomination. Since I’m not a member of the party, I really can’t speak to that directly except to say that, without Johnson or Weld, the LP is likely to be back to where it was before Johnson came along. For all his faults, Gary Johnson did bring one thing to the Libertarian Party and that was an ability to get on national television that no previous nominee had ever really had. Without that coverage, it is unlikely that the party would have garnered the 1.2 million votes it received in 2012 or the nearly 4.5 million votes they received in 2016, both of which exceed the most votes any other LP candidate had ever received in a national election. Absent the attention that Johnson was able to get from national news outlets, it’s unlikely either of these things would have happened. Weld probably would have been able to get similar media attention for the party. No matter who the Libertarians nominate in 2020, that’s unlikely to happen this time around now that Weld appears to have other plans.

As for Weld running as a Republican challenger to Trump, my comments are largely the same as they were in response to the recent speculation about other potential candidates such as Maryland Governor Larry Hogan and Jeff Flake, who recently ruled out running against the President for the GOP nomination. In the modern era, a primary challenge against an incumbent President is essentially a suicide mission that is guaranteed to fail. Unless you’re a candidate such as Pat Buchanan, who ran against George H.W. Bush in 1992 largely to promote his version of far-right conservatism, a vision that arguably came true in the years that followed given how the Republican Party and what calls itself “conservatism” have evolved.

Based on his resume, of course, there’s much to recommend about Weld. In addition to his service in Justice Department under President Reagan, Weld served as Governor of Massachusetts for two terms and was widely considered at the time to be a generally libertarian-leaning Republican whose views on social issues such as abortion, LGBT rights, and marijuana legalization for at least medical purposes (which was still controversial in the 80s and 90s) set him apart from the rest of his party. In 1996, though, those views proved to be a problem for Weld when President Clinton nominated him to be Ambassador to Mexico, only to see his nomination blocked by Senate Foreign Affairs Committee Chairman Jesse Helms due to Weld’s “moderate” views on social issues. For the most part, then, Weld represents a brand of Republican that has largely gone out of style in the post-Buchanan world that began to evolve in the GOP that took power after the 1994 election, and especially now in an era when the Republican Party has become the party of Trump. Much like Hogan and former Ohio Governor John Kasich, then, Bill Weld could end up serving as a protest vote for those “Never Trump” Republicans who still think there’s any point to voting in a Republican primary. Given his history, he’d also be likely to get at least some national media attention. Beyond that, though, his prospects as a challenger to the President in a primary are about the same as any other candidate. In other words, somewhere between “slim” and “none.” 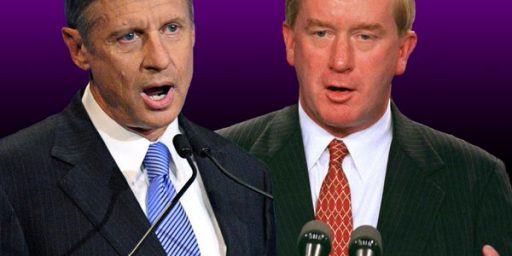