Though in poor health himself, Bob Dole made his way to the Capitol to pay his respects to his old friend and political rival. 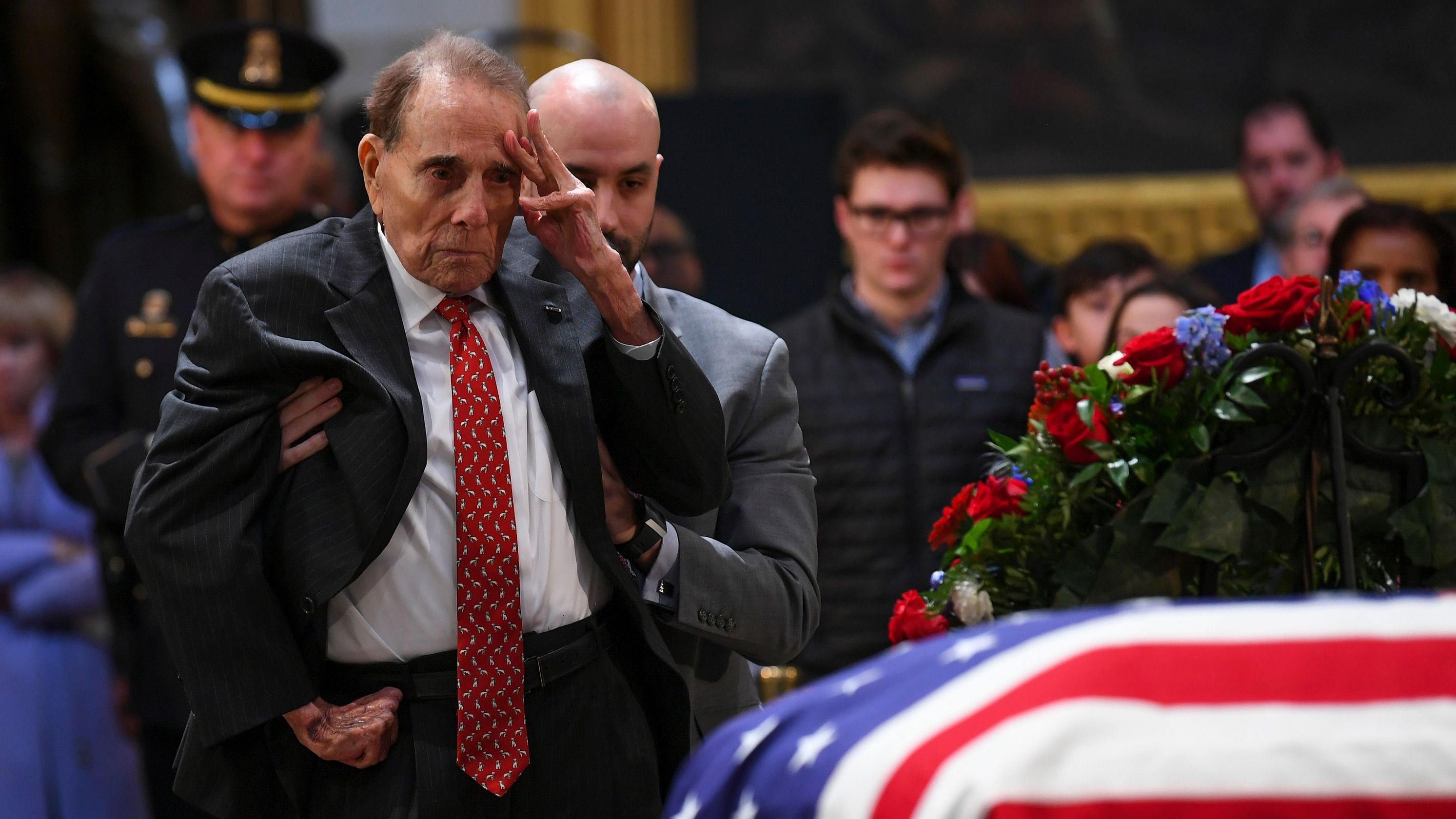 Over the course of two Presidential campaigns in 1980 and, especially, in 1988, George H.W. Bush and former Kansas Senator Bob Dole became bitter political rivals, with Dole at one point in the 1988 campaign telling Bush to his face to “stop lying about my record.” Notwithstanding that moment, the men, both members of the Greatest Generation that gave their all of their nation in World War Two reconciled and, yesterday, Senator Dole saluted his old friend and political rival:

Former Sen. Bob Dole was helped out of his wheelchair Tuesday to salute former President George H.W. Bush as he lay in state at the Capitol Rotunda.

Dole, 95, once faced Bush during the 1988 Republican primary fight for the presidential nomination but nonetheless maintained a decades-old friendship with the former president.

On Saturday, he reflected on their relationship, telling CNN’s Ana Cabrera that his passing was an end of an era, as Bush was the last World War II veteran to serve as president. Dole also served in the war.

“I believe there are certain qualities that veterans have, and when Bush was president, I think about three-fourths of Congress were veterans and we would stick together and work together across the aisle. And President Bush was a bipartisan president. So we got quite a lot done,” Dole said.

Here’s video of the moment:

Bob Dole, at 95 years old, stands from his wheelchair to salute George H.W. Bush in the Capitol Rotunda pic.twitter.com/z6NdG7exZx

Dole isn’t in the best of health himself, obviously, but this moment mirrors one that occurred six years ago when Washington paused to pay tribute to the late Senator from Hawaii Daniel Inouye, who also served in World War II in the European theater along with Dole while Bush was serving in the Pacific. Little did those three men know at the time how much their respective lives would intersect in the future.