Now that girls are joining the Boy Scouts, the organization has quite reasonably changed its name accordingly. 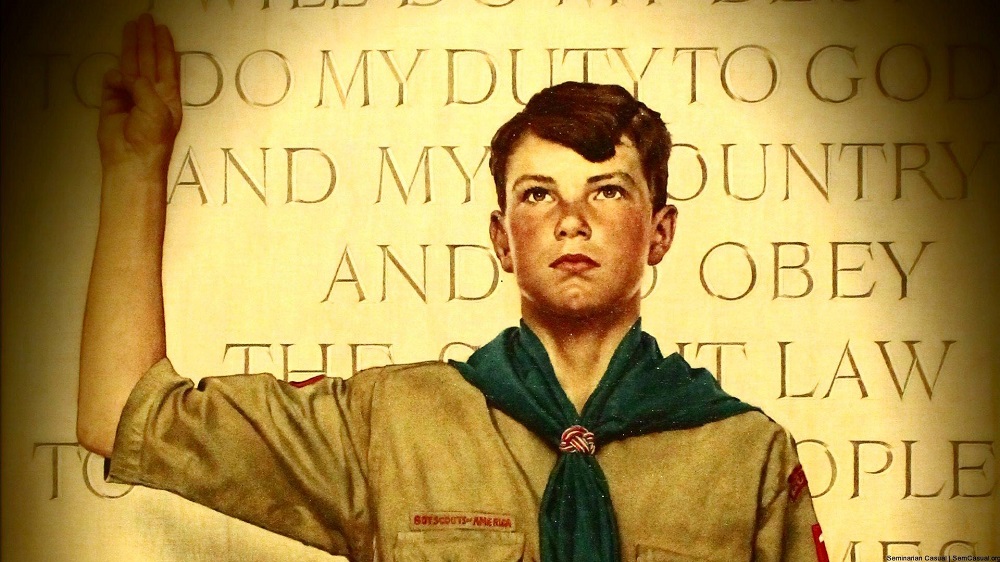 USA Today (“Boy Scouts are dropping the word ‘boy’ from the name of flagship program“):

The Boy Scouts of America doubled down Wednesday on its quest to become the scouting organization of choice for boys and girls, announcing it will drop “Boy” from the name of its signature program.

“As we enter a new era for our organization, it is important that all youth can see themselves in Scouting in every way possible,” Saurbaugh said.

The umbrella organization will retain its name, Boy Scouts of America or BSA. The term Cub Scouts, for kids 7-10 years old, is gender neutral and also will go unchanged. Boy Scouts, which includes kids from 10 to 17, will become Scouts BSA in February.

Cub Scouts will formally accept girls starting this summer. But Saurbaugh said more than 3,000 girls nationwide already enrolled in the BSA’s Early Adopter Program and are participating in Cub Scouts ahead of the full launch.

Allowing girls into the organization allows busy families to consolidate programs for their kids, BSA says. Most of the actual Cub packs and Scout troops, however, will be single gender.

“Cub Scouts is a lot of fun, and now it’s available to all kids,” said Stephen Medlicott, BSA marketing director. “That’s why we love ‘Scout Me In’ — because it speaks to girls and boys and tells them, ‘This is for you. We want you to join!'”

Boy Scouts of America claims almost 2.3 million members, down from 2.6 million five years ago. That includes Venturing and Sea Scouting programs, the latter allows membership up to 21 years of age. In its peak years, Boy Scout of America had more than 4 million participants.

There’s no official announcement, oddly, at the organization’s website—which, incidentally, is simply Scouting.org.

But this was a logical step. The umbrella organization doesn’t change its name but that really doesn’t have much impact. All of the individual programs except this one already had gender-neutral names:

Indeed, it’s worth noting that Venturing, Sea Scouting, and Exploring have always been co-ed. So, dropping “Boy” from the program name will have next to no impact. One wonders whether when “Boy Scouts of America” will disappear from the uniform in favor of simply “Scouting” or “BSA.” (I do think it’s a matter of when not if.)

The next logical move, I suppose, is for the two scouting organizations, which oddly have nothing to do with one another, to merge. It won’t happen any time soon. The Girl Scouts have a mission that all but precludes going co-ed and they have been very hostile to this move:

The Girl Scouts of the U.S.A. has been vocal in its opposition. Girl Scouts president Kathy Hopinkah Hannan wrote to BSA in August, two months before BSA announced it would accept girls, asking the BSA board to refrain from recruiting girls.

“Our experiences are created for and with girls,” said Andrea Bastiani Archibald, the Girl Scouts’ Chief Girl and Family Engagement Officer. “I think that’s important when we consider what appeals to them and what benefits them most.”

Girl Scouts, founded two years after Boy Scouts, currently claim a membership of about 1.8 million. The organization is developing their own campaign to recruit and retain girls. Last month it unveiled a LinkedIn network aimed tapping a major resource — the group’s 50 million alums.

The goal of the network is “to support female advancement in the workforce and help prepare girls for a lifetime of leadership and career success.”

The overall impact of the BSA’s policy change on Girl Scouts membership won’t be known any time soon. But one regional leader, Fiona Cummings of Girl Scouts of Northern Illinois, told the Associated Press the BSA’s decision to admit girls is among the factors that have shrunk her council’s youth membership by more than 500 girls so far this year.

She said relations with the Boy Scouts in her region used to be collaborative and now are “very chilly.”

My girls, both of whom started with Daisies in kindergarten and continue on, are not likely to switch over. Still, Girl Scouts may have to up their game in terms of pushing for more outdoor adventure, especially in the Daisy and Brownie years, to keep girls from going over to the BSA.