Bush May Bail Out Big 3 without Congress

President Bush may ignore Congress and give the Big 3 the money they want, anyway. Worried about the weakening economy, the Bush administration said it was ready to step in and prevent the U.S. auto industry from collapsing after the Senate refused to pass a rescue bill endorsed by President George W. Bush and congressional Democrats. The most obvious source of help was the Wall Street bailout fund.

“The current weakened state of the economy is such that it could not withstand a body blow like a disorderly bankruptcy in the auto industry,” White House press secretary Dana Perino said.

Treasury spokeswoman Brookly McLaughlin said, “Because Congress failed to act, we will stand ready to prevent an imminent failure until Congress reconvenes and acts to address the long-term viability of the industry.”

That the bailout fund in question was designated for entirely different purposes and is blatantly unconstitutional doesn’t seem to bother the president.

One wonders if Democrats will rail against this as an abuse of power or see it as an act of benevolence.  (Not that they can’t do both, obviously.)  Conversely, Republicans who’ve defended Bush’s bypassing legal niceties to advance his policy preferences elsewhere aren’t in the ideal position to criticize. 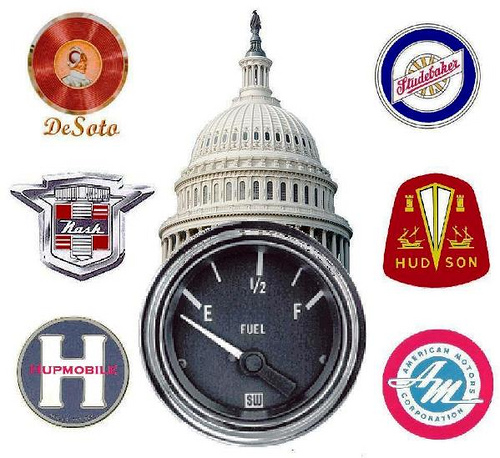