The Voodoo That You Do Edition OTB Caption ContestTM is now over.

The Voodoo That You Do Edition OTB Caption ContestTM is now over. 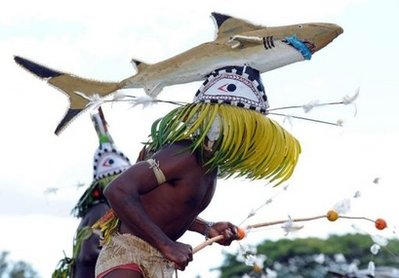 Third: JazzShaw – The waiter’s uniform isn’t terribly hygienic, but I must admit the seafood here is amazingly fresh.

Maggie Mama – When it comes to campaigning for fellow Democrats, Obama has really “jumped the shark.”

Wyatt Earp – After catching such a big shark, the tribe proclaimed Ugabe a “master baiter.”

physics geek – Him to wife: “Not tonight, dear. I have a haddock.”

Hodink – Whoopi Goldberg says she is a hunter gatherer.

I guess we don’t really need a bigger boat.

The Monday Contest is on a mission from God. 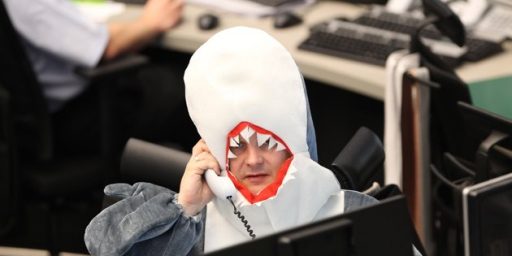