The ‘Are You Smarter Than A Nucular Technician’ Edition OTB Caption ContestTM is now over. 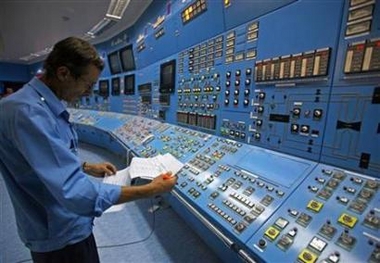 First: William d’Inger – They forgot to include the Spanish language instruction sheet.

Second: Brett – And you thought that electronic voting would make things simpler. . .

Third(tie): Roger – Nigel was quite happy because this volume control went to 12.

McGehee – What your cell phone would look like if designed by the government.

Pudge – “According to our calculations,the universe will reach the end of it’s expansion as a result of the methane from 1 trillion more cattle,or, the next time Mike Moore goes to the Sizzler all-u-can-eat buffet.”

Kenny – Johnny figured he’d tricked the Star Trek writers, he was wearing blue after all, but on page seven he found his uncomfortable death scene.

So simple even a caveman could do it.

In case of emergency press the ‘MF Red Button’ — “Hmmm, I wonder what MF stands for.”

“Uh Ted… you smell something burning?”

Thursday Contest is already for a Bull market.