The Revenge of the Stay-Puf Marshmallow Duck Edition OTB Caption ContestTM is now over. 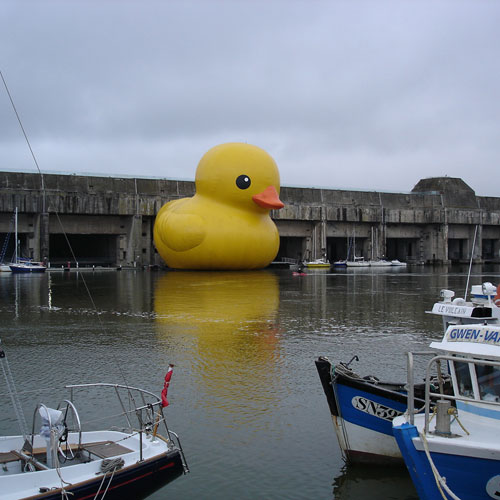 First: Bithead – For months, MLB denied that it had anything to do with Donald’s Steriod abuse.

Second: Kenny – Rumsfeld: You go to sea with the navy you’ve got.

Third: yetanotherjohn – The performance artist beautifully captured the theme of the left avoiding the word ‘Liberal’

charles austin – I, for one, welcome our new Peep overlords.

mannning – Well, we needed to hold up the bridge a few more days, and this ducky was available.

elliot – Low clearance. Duck when you come to this bridge

Bithead – The invaders await the signal, inside the Trojan Peep

the Spruce Duck only ever made one flight before being donated to the Smithsonian.

“…now when Paul Bunyon yells ‘Cowabunga’ everybody batten down the hatches.”

Another costume for Sir Elton John.

Edmund really enjoyed his newly acquired piece of art, but the bill for it had been outrageous.

Why did the chicken cross the bridge? He didn’t want to duck under. 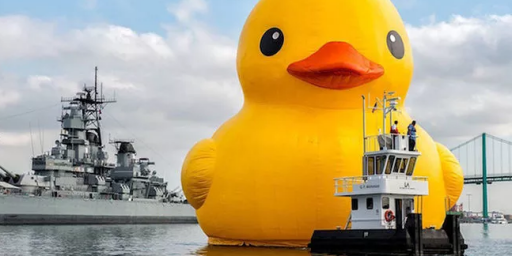