The Green Hornet Edition OTB Caption ContestTM is now over. 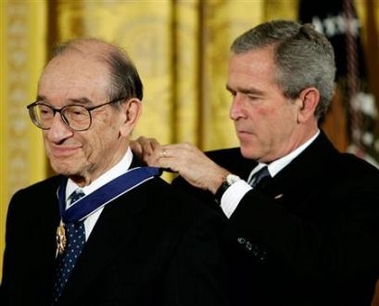 First: FreakyBoy – The President’s fingers fumbled as he couldn’t believe his dumb luck: that he was pinning the Medal of Freedom on his childhood hero, Mr. Greenjeans.

third: Bithead – Don Pardo, tell Alan what this week’s prizes are.
… and … Personally, I’d have taken what was behind door number two, Alan.

Hodink – Greenspan: “I was hoping for the Nobel, Baby Bush.”

DL – Now, once again Alan, tell me how to balance my checkbook.

Anna – Unbeknownst to Greenspan, Bush tapes the ever-classic Ã¢€œKick MeÃ¢€ sign to his back.

Spinnicks – “Greenie, you did a heck of a job.”

Bush: “Its getting harder and harder to make the ends meet.”
Greenspan: “You’re telling me.”

Some Iran military heroes were kept in the service a little longer than planned. 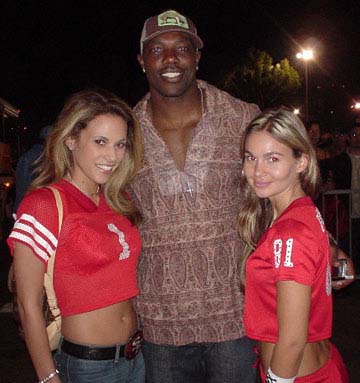 The next Riding Sun contest has started.

Urban Elephants has started their next contest as well..