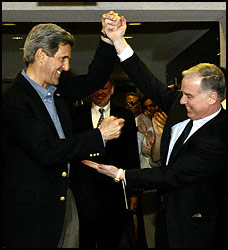 3rd, Phil Massey: The first rule of fight club is….

The Self-Made Nature of the US’ Immigration Problem