The Reindeer Games Edition OTB Caption ContestTM is now over. 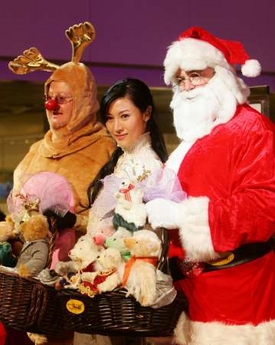 First: FreakyBoy – At a North Pole press conference, Santa and his supporters come out on the offensive against his Democratic detractors. Santa adamantly defended as “perfectly legal” his use of unauthorized wiretaps to find out if children have been naughty or nice. He then accused the Democrats of using the issue to further their efforts to remove Christmas from the holiday season. Santa went on to say: “You have to understand, if Santa isn’t allowed to find out who’s naughty or nice, then the evildoers won’t receive the coal and sticks they deserve, and this endangers the security of Christmas for everyone”

Third:(tie) The Man – Andrew Sullivan awoke and found all of his wishes had come true… minus the hot asian chick of course.
Third:(tie) yetanotherjohn – Well that certainly put the Christ back in Christmas.

charles austin – If Bob asks me if I’ve ever been to Lapland again, I’m gonna belt him–glasses or not.

Hoodlumman – Rudolph had a hard time adjusting when he met Santa’s newest flame after the divorce.

Kevin R. Siekierski – Santa and Rudolph were excited by the prospects of working with the new Vixen.

Dan Rather – I leave my aluminum foil hat off for five whole freakin’ minutes . . . and what happens? You guys monitor my thoughts and fantasies. ItÃ¢€™s my business and no one elses. You people make it look like there is something wrong with an Asian hooker and a guy dressed up as Santa, and one as Rudolph.

Queer Eye for the Elf Guy. 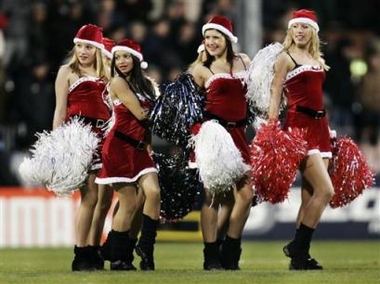