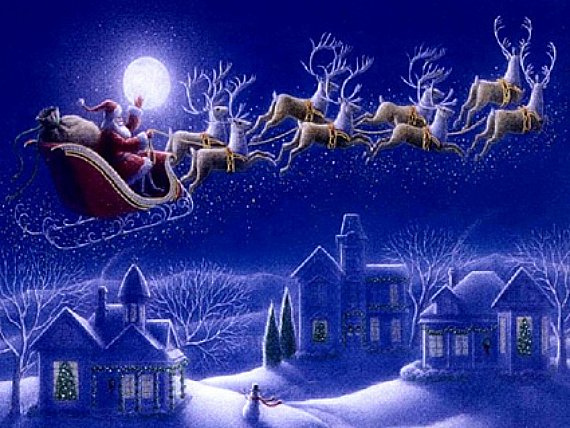 What if one of the most well-known Christmas stories had been written by a lawyer? It might read something like this…..

Whereas, on or about the night prior to Christmas, there did occur at a
certain improved piece of real property (hereinafter “the House”) a general
lack of stirring by all creatures therein, including, but not limited to a
mouse.

A variety of foot apparel, e.g. stocking, socks, etc., had been affixed
by and around the chimney in said House in the hope and/or belief that St.
Nick a/k/a/ St. Nicholas a/k/a/ Santa Claus (hereinafter “Claus”) would
arrive at sometime thereafter.

The minor residents, i.e. the children, of the aforementioned House were
located in their individual beds and were engaged in nocturnal
hallucinations, i.e. dreams, wherein vision of confectionery treats,
including, but not limited to, candies, nuts and/or sugar plums, did dance,
cavort and otherwise appear in said dreams.

Whereupon the party of the first part (sometimes hereinafter referred to as
“I”), being the joint-owner in fee simple of the House with the parts of he
second part (hereinafter referred to as “Mamma”), and said Mamma had retired
for a sustained period of sleep. (At such time, the parties were clad in
various forms of headgear, e.g. kerchief and cap.)

Suddenly, and without prior notice or warning, there did occur upon the
unimproved real property adjacent and appurtenant to said House, i.e. the
lawn, a certain disruption of unknown nature, cause and/or circumstance.

The party of the first part did immediately rush to a window in the
House to investigate the cause of such disturbance. At that time, the party
of the first part did observe, with some degree of wonder and/or disbelief,
a miniature sleigh (hereinafter referred to as “the Vehicle”) being pulled
and/or drawn very rapidly through the air by approximately eight (8)
reindeer. The driver of the vehicle appeared to be and in fact was the
previously referenced Claus. Said Claus was providing specific direction,
instruction and guidance to the approximately eight (8) reindeer and
specifically identified the animal co-conspirators by name: Dasher, Dancer,
Prancer, Vixen, Comet, Cupid, Donner and Blitzen (hereinafter “the Deer”).
(Upon information and belief, it is further asserted that an additional
co-conspirator named “Rudolph” may have been involved.)

The party of the first part witnessed Claus, the Vehicle and the Deer
intentionally and willfully trespass upon the roofs of several residences
located adjacent to and in the vicinity of the House, and noted that the
Vehicle was heavily laden with packages, toys and other items of unknown
origin or nature. Suddenly, without prior invitation or permission, either
express or implied, the Vehicle arrived at the House, and Claus entered said
House via the chimney.

Said Claus was clad in a red fur suit, which was partially covered with
residue from the chimney, and he carried a large sack containing a portion
of the aforementioned packages, toys, and other unknown items. He was
smoking what appeared to be tobacco in a small pipe in blatant violation of
local ordinances and health regulations.

Said Claus did not speak, but immediately began to fill the stockings of
the minor occupants, which hung adjacent to the chimney, with toys and
other small gifts. (Said items did not, however, constitute “gifts” to said
minors pursuant to the applicable provisions of the U.S. Tax Code.)

Upon completion of such task, Claus touched the side of his nose and
flew, rose and/or ascended up the chimney of the House to the roof where the
Vehicle and Deer waited and/or served as “lookouts.” Claus immediately
departed for an unknown destination.

However, prior to the departure of the Vehicle, Deer and Claus from said
House, the party of the first part did hear Claus state and/or exclaim:
“Merry Christmas to all and to all a good night!” Or words substantially to
that effect.