The Chez Molly Edition OTB Caption ContestTM is now over. 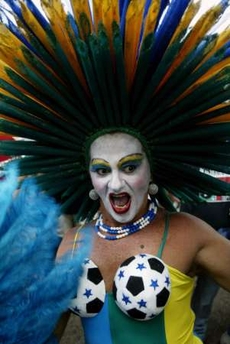 Second: Kenny – Now bring on those boys from the 82nd Airborne!

Third: Anderson – Those aren’t the only balls “she” has.

I was very interested at dining at Chez Molly until I found it was actually spelled Shemale.

Some kid who turned on NBC and said, One day I’m gonna wear that peacock’s butt as my hat.

The real reason Cheney thought Harry was a bird.

The Thursday contest is already causing an international incident

Once Again, Trump Lies And The Truth Dies