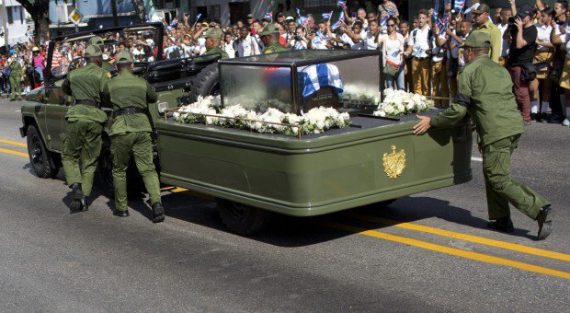 &The hearse carrying Fidel Castro’s remains broke down during the funeral procession yesterday:

An almost amusing sight at Fidel Castro’s funeral procession: the car carrying his remains reportedly broke down and had to be pushed by soldiers.

The vehicle was reportedly Russian-built.

And from a BBC reporter:

A fitting end for the leader of a country who purported to govern based on a failed ideology.