Robert W. Welkos and Susan King for the LAT: Charlton Heston, the Oscar-winning actor who achieved stardom playing larger-than-life figures including Moses, Michelangelo and Andrew Jackson and went on to become an unapologetic gun advocate and darling of conservative causes, has died. He was 84.

Heston died Saturday at his Beverly Hills home, said family spokesman Bill Powers. In 2002, he had been diagnosed with symptoms similar to those of Alzheimer’s disease.

With a booming baritone voice, the tall, ruggedly handsome actor delivered his signature role as the prophet Moses in Cecil B. DeMille’s 1956 Biblical extravaganza “The Ten Commandments,” raising a rod over his head as God miraculously parts the Red Sea. Heston won the Academy Award for best actor in another religious blockbuster in 1959’s “Ben-Hur,” racing four white horses at top speed in one of the cinema’s legendary action sequences: the 15-minute chariot race in which his character, a proud and noble Jew, competes against his childhood Roman friend.

Heston stunned the entertainment world in August 2002 when he made a poignant and moving videotaped address announcing his illness.

Late in life, Heston’s stature as a political firebrand overshadowed his acting. He became demonized by gun-control advocates and liberal Hollywood when he became president of the National Rifle Assn. in 1998. Heston answered his critics in a now-famous pose that mimicked Moses’ parting of the Red Sea. But instead of a rod, Heston raised a flintlock over his head and challenged his detractors to pry the rifle “from my cold, dead hands.”

Like the chariot race and the bearded prophet Moses, Heston will be best remembered for several indelible cinematic moments: playing a deadly game of cat and mouse with Orson Welles in the oil fields in “Touch of Evil,” his rant at the end of “Planet of the Apes” when he sees the destruction of the Statue of Liberty, his discovery that “Soylent Green is people!” in the sci-fi hit “Soylent Green” and the dead Spanish hero on his steed in “El Cid.”

The New Yorker’s film critic Pauline Kael, in her review of 1968’s “Planet of the Apes,” wrote: “All this wouldn’t be so forceful or so funny if it weren’t for the use of Charlton Heston in the [leading] role. With his perfect, lean-hipped, powerful body, Heston is a god-like hero; built for strength, he is an archetype of what makes Americans win. He represents American power — and he has the profile of an eagle.”

For decades, the 6-foot-2 Heston was a towering figure in the world of movies, television and the stage. “He was the screen hero of the 1950s and 1960s, a proven stayer in epics, and a pleasing combination of piercing blue eyes and tanned beefcake,” David Thomson wrote in his book “The New Biographical Dictionary of Film.”

Heston also was blessed by working with legendary directors such as DeMille in “The Greatest Show on Earth” and again in “The Ten Commandments,” Welles in “Touch of Evil,” Sam Peckinpah in “Major Dundee,” William Wyler in “The Big Country” and “Ben-Hur,” George Stevens in “The Greatest Story Ever Told,” Franklin Schaffner in “The War Lord” and “Planet of the Apes” and Anthony Mann in “El Cid.” “Four or five of those men would be on anybody’s all-time great list,” Heston said in a 1983 interview. “And if I picked up one scrap, one piece of business, from each of them, then today I would be a hell of a director.” Heston’s wife of 64 years, Lydia, was at his side at the time of his death, according to the family statement. Heston is survived by a son, a daughter and three grandchildren. “We knew him as an adoring husband, a kind and devoted father, and a gentle grandfather, with an infectious sense of humor,” the family said. “He served these far greater roles with tremendous faith, courage and dignity. He loved deeply, and he was deeply loved.”

Heston was also known for his political activism. He was a high-profile supporter of Dr. Martin Luther King Jr. and his civil rights movement. He attended King’s 1963 March on Washington and stood near the podium as King delivered his “I have a dream” speech. He was president of the National Rifle Association from 1998 to 2002, a role that cast him as a conservative.

While I’ve seen many of his movies, the moment that stands out in my mind was when he shamed the executives of Time-Warner for releasing Ice-T’s “Cop Killer” by the simple and powerful device of reading its lyrics aloud to them. He recounted the event at a 1999 speech at Harvard Law School:

A few years ago, I heard about a — a rapper named Ice-T who was selling a CD called “Cop Killer,” celebrating the ambushing and of murdering police officers. It was being marketed by none other than Time/Warner, the biggest entertainment conglomerate in the country — in the world. Police across the country were outraged. And rightfully so. At least one of them had been murdered. But Time/Warner was stonewalling because the — the CD was a cash cow for them, and the media were tiptoeing around because the rapper was black. I heard Time/Warner had a stockholders meeting scheduled in Beverly Hills, and I owned some shares of Time/Warner at the time, so I decided to attend the meeting.

What I did was against the advice of my family and my colleagues. I asked for the floor. To a hushed room of a thousand average American stockholders, I simply read the full lyrics of “Cop Killer” — every vicious, vulgar, instructional word:

It got worse, a lot worse. Now, I won’t read the rest of it to you. But trust me, the room was a sea of shocked, frozen, blanched faces. Time/Warner executives squirmed in their chairs and stared at their shoes. They hated me for that. Then I delivered another volley of sick lyrics brimming with racist filth, where Ice-T fantasizes about sodomizing the two 12-year-old nieces of Al and Tipper Gore:

She pushed her butt against my —

No. No, I won’t do to you here what I did to them. Let’s just say I left the room in stunned silence. When I read the lyrics to the waiting press corps outside, one of them said, “We can’t print that, you know.” “I know,” I said, “but Time/Warner is still selling it.”

Two months later, Time/Warner terminated Ice-T’s contract. I’ll never be offered another film by Warner Brothers, or get a good review from Time magazine. But disobedience means you have to be willing to act, not just talk.

The entire speech, “Winning the Cultural War,” is worth reading in full. A small portion of the audio is also available at the link.

Allie has more, including some video clips from Heston’s most famous movie roles, at Gone Hollywood. 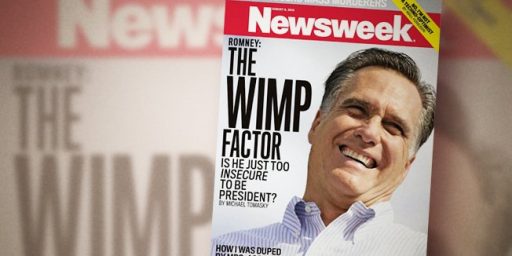