ABC's Sunday talking heads show has a new host. Is she a secret Taliban sympathizer? 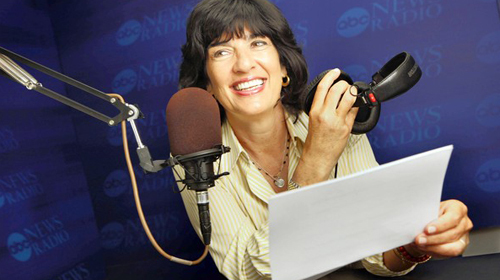 Despite overlapping blog posts based on her interview with Nancy Pelosi, I missed Christiane Amanpour’s debut as host of ABC’s “This Week” because the idiots at the network insist on renaming the show constantly and thus my DVR didn’t record it.   Does “with Transient Show Host’s Name” really need to be part of the official name of the show?

At any rate, I see via Matt Yglesias that they’ve changed one of the longstanding features of the show and that Tom Shales is displeased.

Perhaps in keeping with the newly globalized program, the commendable “In Memoriam” segment ended with a tribute not to American men and women who died in combat during the preceding week but rather, said Amanpour in her narration, in remembrance of “all of those who died in war” in that period. Did she mean to suggest that our mourning extend to members of the Taliban?

Now, I agree with Eric Boehlert that accusing Amanpour of sympathizing with the Taliban without evidence is unseemly.  And Matt’s right, of course, that “American forces are fighting alongside coalition partners from a range of countries and the bulk of the dying is being done by Afghans, both civilians and those in the security forces.”

The show is on an American television network and broadcast to an American audience.  Surely,  it’s reasonable to focus on the American soldiers killed?

Oddly, though, except for Amanpour’s voiceover, that’s exactly what they did:

The segment is exactly as it has been for years:  A listing of prominent political and cultural figures who died, followed by a listing of American troops killed in Iraq and Afghanistan that week.  The only difference is Amanpour’s intonation that they’re recognizing all those who have died in war.  Which, since they’re not actually doing that, is rather weird.

But it seems to follow the larger criticism of the new host that Shales is getting at:  A faux attempt to internationalize a show that has been, since its 1981 debut with the venerable David Brinkley as host, a weekly political gabfest.   Transitional host  Jake Tapper had done an admirable job of following George Stephanopoulos, essentially doing the same show as his predecessor with minor differences based on their personalities.

Amanpour seems to be trying to turn it into a foreign affairs show.  Or, perhaps it is ABC’s executives who are doing that — figuring on carving out a distinct niche for the network in a cluttered Sunday morning schedule — and that’s why they hired Amanpour in the first place.  I’m skeptical but willing to give it a chance.  (Yes, I’ve updated my DVR settings.)

What I’m pretty sure they’re not going to do, however, is turn it into a Taliban lovefest.