Christopher Hitchens: Not A Fan Of The Royal Wedding 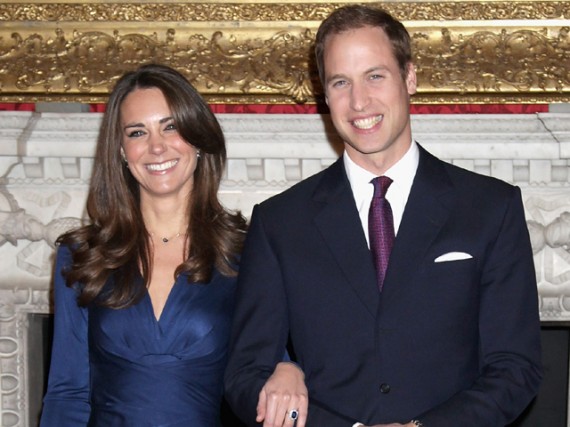 Not surprisingly, famed anti-monarchist  Christopher Hitchens best expresses what nobody seems willing to say about the absurd Royal Wedding of Prince William and Kate Middleton:

For Prince William at least it was decided on the day of his birth what he should do: Find a presentable wife, father a male heir (and preferably a male “spare” as well), and keep the show on the road. By yet another exercise of that notorious “magic,” it is now doubly and triply important that he does this simple thing right, because only his supposed charisma can save the country from what monarchists dread and republicans ought to hope for: King Charles III. (Monarchy, you see, is a hereditary disease that can only be cured by fresh outbreaks of itself.) An even longer life for the present queen is generally hoped for: failing that a palace maneuver that skips a generation and saves the British from a man who—like the fruit of the medlar—went rotten before he turned ripe.

Convinced republican that I am, and foe of the prince who talks to plants and wants to be crowned “head of all faiths” as well as the etiolated Church of England, I find myself pierced by a pang of sympathy. Not much of a life, is it, growing old and stale with no real job except waiting for the news of Mummy’s death? Some British people claim actually to “love” their rather dumpy Hanoverian ruling house. This love takes the macabre form of demanding a regular human sacrifice whereby unexceptional people are condemned to lead wholly artificial and strained existences, and then punished or humiliated when they crack up.

This is why I laughed so loud when the Old Guard began snickering about the pedigree of young Ms. Middleton. Her parents, it appeared, were not quite out of the top drawer. The mother had been an air hostess or something with an unfashionable airline, and the family had been overheard using lethally wrong expressions, such as serviette for napkin, settee for sofa, and—I can barely bring myself to type the shameful letters—toilet for lavatory. Ah, so that’s what constitutes vulgarity! People who would never dare risk a public criticism of the royal family, even in its daytime-soap incarnation, prefer to take a surreptitious revenge on a young woman of modest background. For shame.

Myself, I wish her well and also wish I could whisper to her: If you really love him, honey, get him out of there, and yourself, too. Many of us don’t want or need another sacrificial lamb to water the dried bones and veins of a dessicated system. Do yourself a favor and save what you can: Leave the throne to the awful next incumbent that the hereditary principle has mandated for it.

I suppose the British people can be excused their continued fascination with the powerless Royals. After all, we have our own addiction to celebrity in both the entertainment and political worlds. At some point, though, you’d think they’d grow up and realize just how silly it is to treat this family as it it’s somehow more important than the rest of them. And, don’t even get me started on the absurd American fascination with this entire spectacle.

Honestly, I kind of feel sorry for Kate Middleton for getting dragged into that family. Good luck , kid. You’re going to need it.